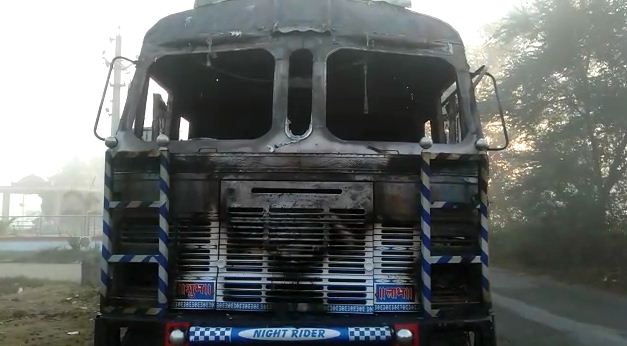 Sonepur: Driver and helper of a truck had a narrow escape as the vehicle caught fire while being in motion at Singhijuba under Binika police limits in Odisha’s Sonepur district, late last night.

According to reports, the ill-fated cement-laden truck was heading towards Balangir from Rajgangpur when fire broke out in the vehicle due to electric short circuit.

Further mishap was averted as the driver-helper duo managed to alight from the truck. The cabin of the truck was completely damaged in the fire.

On being informed, Fire personnel rushed to the spot and doused the flames.