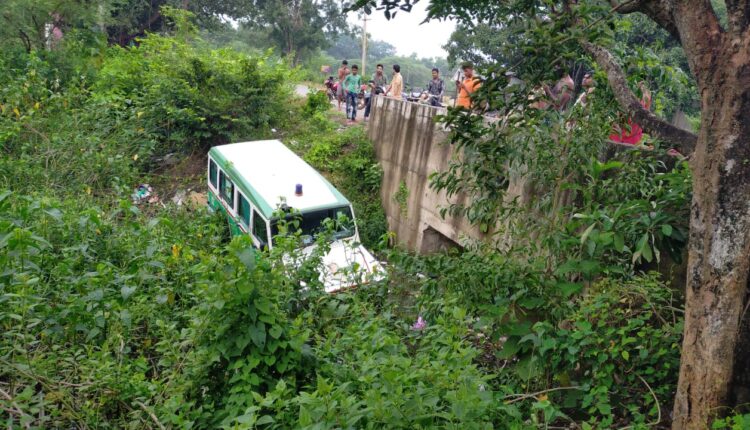 Balasore: An expectant mother had a narrow escape after the ambulance, in which she was being taken to hospital, skidded off the road and fell into a ditch at Kochiakoili on Kupari-Soro road in Balasore district today.

After being rescued from the ditch, which was filled with rain water,  the woman was admitted to Khaira Community Health Centre (CHC) in the district.

Sources said after Sumati Nayak of Guapal village suffered labour pain, her family members called up an ambulance in wee hours today. Midway, the ambulance carrying the woman lost control and skidded off the road at a canal and fell around 20 ft down into a ditch. Few police personnel, who were patrolling in the area,  along with a fire brigade team rushed to the spot and rescued the woman and other occupants. All of them were later admitted to the hospital. However, nobody was injured in the mishap.

The pregnant woman was undergoing treatment at the CHC till the last report was filed.