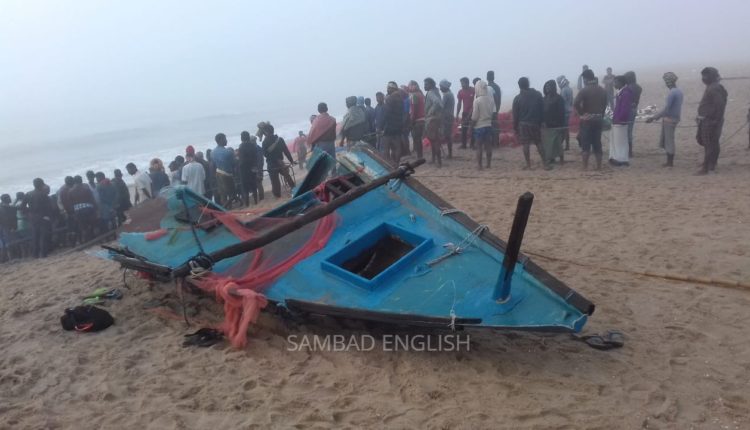 Berhampur: As many as 18 fishermen had a close shave after collision between two boats in sea near Gopalpur in Odisha’s Ganjam district, today,

According to reports, two fishing boats collided with each other in sea around 500 meters away from shore this morning. Both the boats capsized after the incident while the fishermen managed to swim ashore. Four of them have sustained minor injuries.

The collision took place due to poor visibility amid dense fog, reports said, adding that the two boats and fishing equipment worth lakhs have been damaged.

Woman tortured, sexually assaulted by father-in-law for ‘infertility’ in…

Nearly 1.50 lakh doses of Covaxin to reach Odisha capital in…