Narrow escape for over 25 bus passengers in Odisha’s Keonjhar 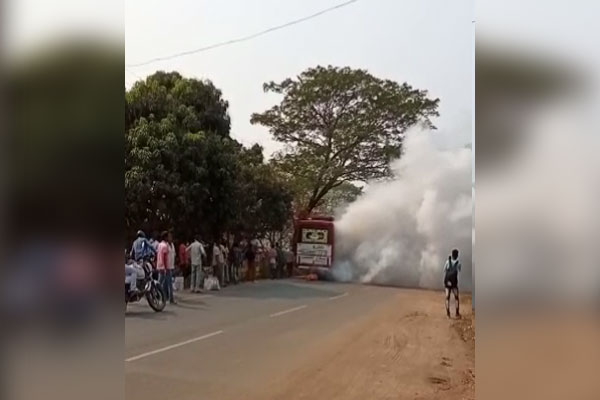 Hatadihi: More than 25 passengers had a narrow escape when a bus they were travelling in caught fire in Keonjhar district today forenoon.

When the bus, ‘Shree Laxmi’, was on its way towards Khiching from Bhadrak, smoke billowed out of the vehicle near Hatadihi Tahasil Chhak. When smoke filled the bus, driver switched off the ignition out of fear. Also, passengers alighted from the vehicle.

Within few minutes, fire spread in the bus. Though the reason behind the fire is not known, the mishap could have occurred due to a short circuit, said a passenger.

After being informed, Fire Service personnel of the Chhenapadi Fire Station reached the spot and brought the fire under control.