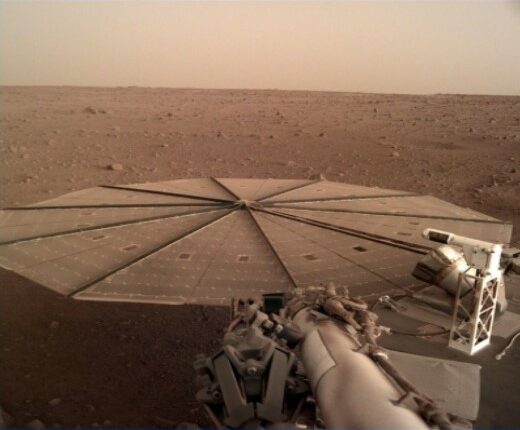 Washington: The US space agency has finally retired InSight Mars lander after more than four years of collecting unique science on the Red Planet.

Mission controllers at the agency’s Jet Propulsion Laboratory (JPL) in Southern California were unable to contact the lander after two consecutive attempts, leading them to conclude the spacecraft’s solar-powered batteries have run out of energy referred to as “dead bus”.

The agency said in a statement that it will continue to listen for a signal from the lander, just in case, but hearing from it at this point is considered unlikely.

The last time InSight communicated with Earth was on December 15.

“I watched the launch and landing of this mission, and while saying goodbye to a spacecraft is always sad, the fascinating science InSight conducted is cause for celebration,” said Thomas Zurbuchen, associate administrator of NASA’s Science Mission Directorate in Washington, D.C.

“The seismic data alone from this Discovery Program mission offers tremendous insights not just into Mars but other rocky bodies, including Earth,” he added

InSight data has yielded details about Mars’ interior layers, the surprisingly strong remnants beneath the surface of its extinct magnetic dynamo, weather on this part of Mars, and lots of quake activity.

Such impacts help scientists determine the age of the planet’s surface, and data from the seismometer provides scientists a way to study the planet’s crust, mantle and core.

“With InSight, seismology was the focus of a mission beyond Earth for the first time since the Apollo missions, when astronauts brought seismometers to the Moon,” said Philippe Lognonne of Institut de Physique du Globe de Paris, principal investigator of InSight’s seismometer.

The seismometer was the last science instrument that remained powered on as dust accumulating on the lander’s solar panels gradually reduced its energy, a process that began before NASA extended the mission earlier this year.

“As a scientist who’s spent a career studying Mars, it’s been a thrill to see what the lander has achieved, thanks to an entire team of people across the globe who helped make this mission a success,” said Laurie Leshin, director of JPL, which manages the mission.

“My power’s really low, so this may be the last image I can send. Don’t worry about me though: my time here has been both productive and serene. If I can keep talking to my mission team, I will – but I’ll be signing off here soon. Thanks for staying with me,” posted the InSight lander team.