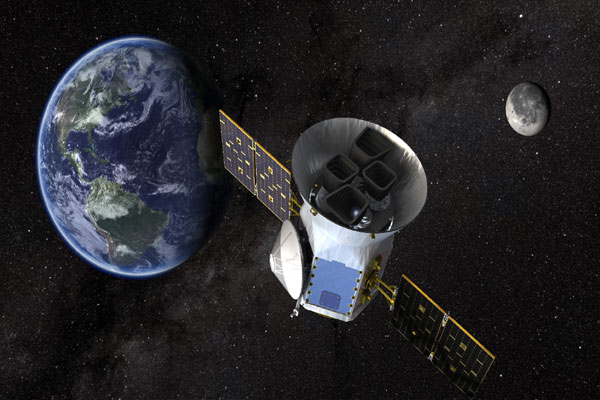 Washington:  During its two-year-long primary mission, NASA’s planet-hunter TESS has found 66 new exoplanets, or worlds beyond our solar system, as well as nearly 2,100 candidates astronomers are working to confirm, the US space agency has said.

TESS, short for Transiting Exoplanet Survey Satellite, scanned about 75 percent of the starry sky during its primary mission that ended on July 4, NASA said on Tuesday.

“As it enters its extended mission, TESS is already a roaring success.”

TESS monitors 24-by-96-degree strips of the sky called sectors for about a month using its four cameras.

The mission spent its first year observing 13 sectors comprising the southern sky and then spent another year imaging the northern sky.

Now in its extended mission, TESS has turned around to resume surveying the south, NASA said.

The extended mission for TESS will be completed in September 2022.

After spending a year imaging the southern sky, TESS will take another 15 months to collect additional observations in the north and to survey areas along the ecliptic — the plane of Earth’s orbit around the Sun — that the satellite has not yet imaged.

Among the mission’s newest planetary discoveries are its first Earth-size world, named TOI 700 d, which is located in the habitable zone of its star, the range of distances where conditions could be just right to allow liquid water on the surface.

In addition to its planetary discoveries, TESS has observed the outburst of a comet in our solar system, as well as numerous exploding stars.

Even more remarkable, TESS watched as a black hole in a distant galaxy shredded a Sun-like star, NASA said.