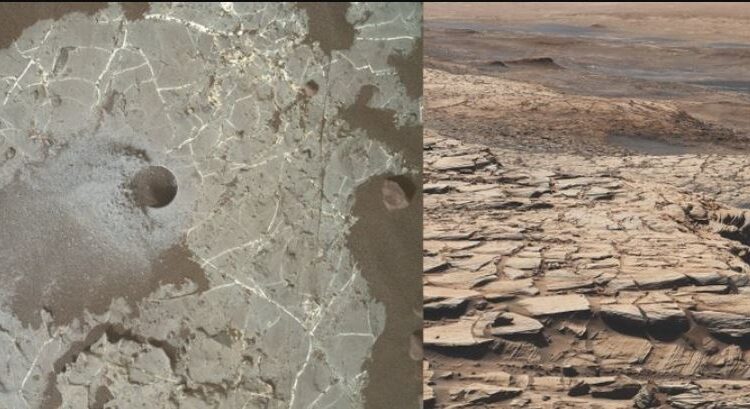 Washington: Scientists at NASA’s Curiosity rover have found a type of carbon that on Earth is associated with biological processes from several powdered rock samples collected from the surface of Mars.

While the finding is intriguing, it doesn’t necessarily point to ancient life on Mars, scientists said they have not yet found conclusive supporting evidence of ancient or current biology there, such as sedimentary rock formations produced by ancient bacteria, or a diversity of complex organic molecules formed by life, according to a NASA statement.

“We’re finding things on Mars that are tantalisingly interesting, but we would really need more evidence to say we’ve identified life,” said Paul Mahaffy, who served as the principal investigator of the Sample Analysis at Mars (SAM) chemistry lab aboard Curiosity until retiring from NASA in December 2021, in the statement.

“So we’re looking at what else could have caused the carbon signature we’re seeing, if not life,” he added.

As the carbon signals they detected are unusual, scientists in a report published in the Proceedings of the National Academy of Sciences journal warn that the two planets are so different they can’t make definitive conclusions based on Earth examples.

The biological explanation Curiosity scientists present in their paper is inspired by Earth life. It involves ancient bacteria in the surface that would have produced a unique carbon signature as they released methane into the atmosphere where ultraviolet light would have converted that gas into larger, more complex molecules.

These new molecules would have rained down to the surface and now could be preserved with their distinct carbon signature in Martian rocks.

Two other hypotheses offer non-biological explanations. One suggests the carbon signature could have resulted from the interaction of ultraviolet light with carbon dioxide gas in the Martian atmosphere, producing new carbon-containing molecules that would have settled to the surface.

And the other speculates that the carbon could have been left behind from a rare event hundreds of millions of years ago when the solar system passed through a giant molecular cloud rich in the type of carbon detected.

“All three explanations fit the data,” said Christopher House, a Curiosity scientist based at Penn State who led the carbon study.

“We simply need more data to rule them in or out.”