NASA’s Lucy mission onboard to explore ‘fossils’ of solar system 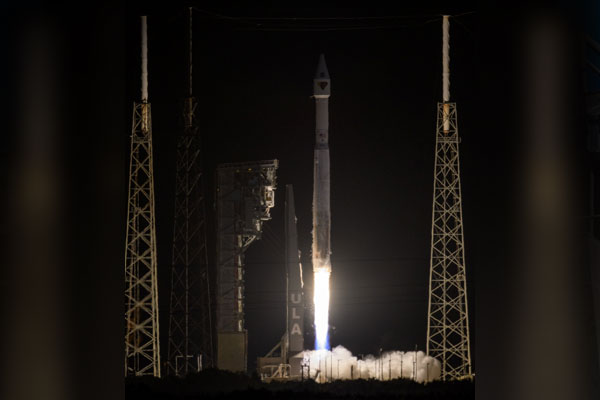 Washington: The Lucy probe, the first-ever NASA mission to explore distant asteroids and seek out the origin of our solar system, was successfully lifted off on Saturday from the Cape Canaveral Space Force Station in Florida in the US.

Launched atop the United Launch Alliance Atlas V 401 rocket from Space Launch Complex 41 at around 3 p.m. (India time), Lucy will circle back to Earth three times for gravity assists, making it the first spacecraft to return to the vicinity of Earth from the outer solar system.

During its 12-year primary mission, Lucy will explore a record-breaking number of asteroids, including a flyby of one asteroid in the solar system’s main belt and seven Trojan asteroids near Jupiter.

“Like the mission’s namesake — the fossilised human ancestor, ‘Lucy’ whose skeleton provided unique insight into humanity’s evolution — Lucy will revolutionise our knowledge of planetary origins and the formation of the solar system,” NASA said in a statement.

Lucy will be the first spacecraft to study Jupiter’s Trojan Asteroids.

These small bodies are remnants of our early solar system, now trapped in stable orbits associated with — but not close to — the giant planet Jupiter.

The Trojan asteroids are in two “swarms” that lead and follow Jupiter in its orbit around the Sun and are almost as numerous as the objects in the Main Asteroid Belt.

These primitive bodies hold vital clues to deciphering the history of the solar system.

All of the Trojans are thought to be abundant in dark carbon compounds. Below an insulating blanket of dust, they are probably rich in water and other volatile substances.

No other space mission in history has been launched to as many different destinations in independent orbits around our sun.

Lucy will show us, for the first time, the diversity of the primordial bodies that built the planets, according to NASA.