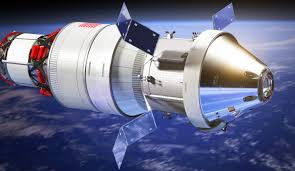 Washington: NASA said its Orion spacecraft, which will take astronauts to deep space destinations, did well in a key safety test.

The motor was fastened to a vertical test stand with its nozzles pointed toward the sky for the test.

It produced enough thrust to lift 66 large SUVs off the ground and helped qualify the system for future missions with astronauts, the US space agency added.

“The launch abort system is an important part of making sure our crew members stay safe on the launch pad and on their way to space,” said Robert Decoursey, manager for Orion’s LAS.

“It takes us another step closer to proving the safety of our spacecraft as we prepare for missions beyond the moon,” Decoursey said.

The launch abort system is positioned on top of the Orion crew module and will play a critical role protecting future crews travelling to deep space destinations in Orion.

The abort motor is responsible for propelling the crew module away from the Space Launch System rocket in case of an emergency.

While engineers are just getting started analysing the data, the test verified that the motor can fire within milliseconds when needed and will work as expected under high temperatures, according to NASA.

This milestone brings Orion one step closer to its first flight atop NASA’s Space Launch System, Exploration Mission-1 (scheduled for 2019), and to eventually enabling humans to explore beyond the Moon, Mars and other destinations beyond low-Earth orbit. (IANS)

A device which can wirelessly charge cell phones, electric cars