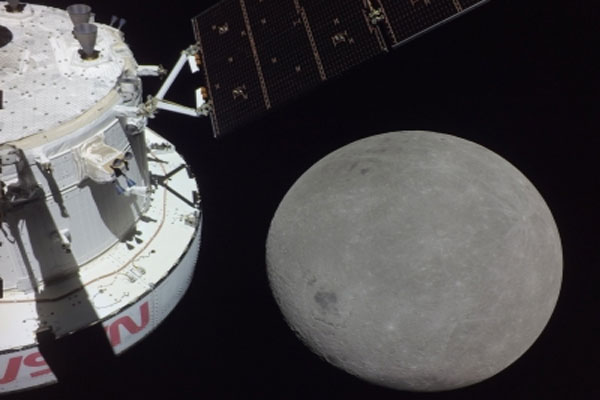 Washington: The US space agency on Saturday successfully performed a burn to insert Orion spacecraft under the Artemis I Moon mission into lunar orbit and Orion will fly about 40,000 miles (64,400 kms) above the moon.

Shortly before conducting the burn, Orion was travelling more than 5,700A miles above the lunar surface, marking the farthest distance it will reach from the Moon during the mission.

While in lunar orbit, flight controllers will monitor key systems and perform checkouts while in the environment of deep space.

“Due to the distance of the orbit, it will take Orion nearly a week to complete half an orbit around the Moon, where it will exit the orbit for the return journey home,” the US space agency said in a statement.

About four days later, the spacecraft will harness the Moon’s gravitational force once again, combined with a precisely timed lunar flyby burn to slingshot Orion onto its return course to Earth ahead of a splashdown in the Pacific Ocean on December 11.

“On Saturday, Orion spacecraft will break the record for farthest distance travelled by a spacecraft designed to carry humans to space and safely return them to Earth,” said NASA.

Orion was specifically designed for missions to carry humans farther into space than ever before.

On Artemis I, engineers are testing several aspects of the Orion spacecraft needed for deep space missions with crew.

The Artemis II mission will test the systems required for astronauts to live and breathe in deep space.