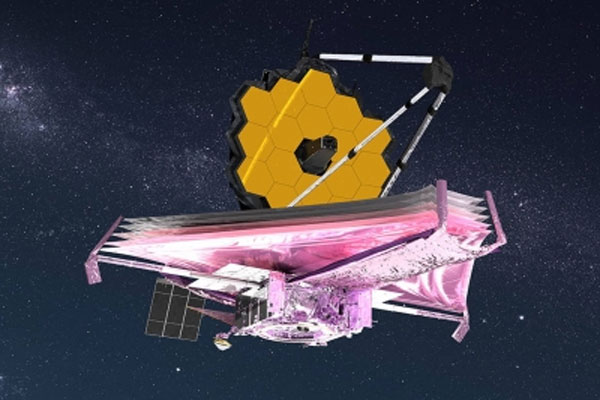 Happy Ratha Jatra 2022 Wishes, Messages to Greet on this Festival

According to NASA, it will study two hot exoplanets classified as “super-Earths” for their size and rocky composition: the lava-covered 55 Cancri e and the airless LHS 3844 b.

The telescope aims to study geology on these small planets from “50 light-years away”, officials said in a statement.

Researchers will train Webb’s high-precision spectrographs on these planets with a view to understanding the geologic diversity of planets across the galaxy, and the evolution of rocky planets like Earth.

55 Cancri e orbits less than 1.5 million miles from its Sun-like star (one twenty-fifth of the distance between Mercury and the Sun), completing one circuit in less than 18 hours.

With surface temperatures far above the melting point of typical rock-forming minerals, the day side of the planet is thought to be covered in oceans of lava.

“55 Cancri e could have a thick atmosphere dominated by oxygen or nitrogen,” said Renyu Hu of NASA’s Jet Propulsion Laboratory in Southern California.

“If it has an atmosphere, (Webb) has the sensitivity and wavelength range to detect it and determine what it is made of,” Hu added.

While 55 Cancri e will provide insight into the exotic geology of a world covered in lava, LHS 3844 b affords a unique opportunity to analyse the solid rock on an exoplanet surface.

Like 55 Cancri e, LHS 3844 b orbits extremely close to its star, completing one revolution in 11 hours.

However, because its star is relatively small and cool, the planet is not hot enough for the surface to be molten.

While we won’t be able to image the surface of LHS 3844 b directly with Webb, the lack of an obscuring atmosphere makes it possible to study the surface with spectroscopy.

“It turns out that different types of rock have different spectra,” said Laura Kreidberg at the Max Planck Institute for Astronomy.

“You can see with your eyes that granite is lighter in color than basalt. There are similar differences in the infrared light that rocks give off.”

Kreidberg’s team will use and Mid-Infrared Instrument (MIRI) to capture the thermal emission spectrum of the day side of LHS 3844 b, and then compare it to spectra of known rocks, like basalt and granite, to determine its composition.

If the planet is volcanically active, the spectrum could also reveal the presence of trace amounts of volcanic gases.

The observations “will give us fantastic new perspectives on Earth-like planets in general, helping us learn what the early Earth might have been like when it was hot like these planets are today,” said Kreidberg.