Renowned industrialist Cyrus P. Mistry, of the multinational Shapoorji Pallonji Group and former Chairman of Tata Sons, was killed in a road accident on the Ahmedabad-Mumbai national highway in Maharashtra's Palghar on Sunday afternoon. 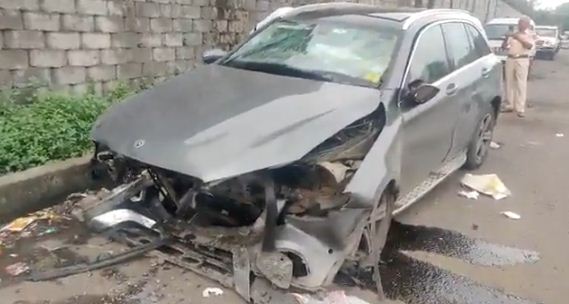 Mumbai: Renowned industrialist Cyrus P. Mistry, of the multinational Shapoorji Pallonji Group and former Chairman of Tata Sons, was killed in a road accident on the Ahmedabad-Mumbai national highway in Maharashtra’s Palghar on Sunday afternoon.

Mistry, 54 is survived by his wife Rohiqa, their two sons, an elder brother Shapoor Mistry and other family members.

Also killed in the accident was Jehangir D. Pundole, of the famed ‘Dukes’ soft drinks and foods company and the Pundole Art Gallery in Mumbai.

Another couple in the vehicle – Pundole’s brother, Darius D. Pundole and wife Dr. Anahita Darius Pundole – were critically injured and rushed to Rainbow Hospital in Vapi in south Gujarat, said an official of Palghar police.

The young industrialist Mistry’s abrupt death comes barely two months after his father, Pallonji Shapoorji Mistry, the Chairman Emeritus of the Group, passed away, aged 93, on June 28 in Mumbai.

Taking serious cognisance, the state government has ordered a probe into the incident that stunned the country’s corporate world.

Deputy Chief Minister Devendra Fadnavis who handles the home portfolio, said he has spoken to the Director General of Police Rajnish Sheth and ordered a detailed investigation into the incident.

According to Palghar Superintendent of Police Balasaheb Patil, the accident took place on the Ahmedabad-Mumbai national highway, around 3.15 pm, barely a couple of hours’ drive from Mumbai.

“Of the four persons in the Mercedes car, two – (Mistry and Jehangir Pundole) – were declared dead instantly and two others (Darius and his wife Dr. Anahita Pundole) who were injured critically, have been rushed to Rainbow Hospital in Vapi,” he told media persons.

Palghar police officials said that the Mistry and the Pundoles apparently became victims of “over-speeding” as the car hit with full force a highway divider on the River Surya passing the national highway near Charoti, around 105 kms north of Mumbai.

The impact of the crash was so powerful that although the car’s airbags popped open, they failed to save the occupants – killing two and injuring two others – and dark-grey Mercedes was left badly damaged.

The tragedy apparently proved to be a double loss for the Pundole brothers (Jehangir and Darius) whose father Dinshaw passed away last week, and they had gone to perform the post-funeral rites in Udwada, a coastal town in south Gujarat, though details are not available.

The police have provisionally termed it as an “overspeeding case” which may have resulted in the devastating accident, especially since Palghar and surrounding regions have been battered with heavy rains since Saturday.

The news sent shockwaves in Indian corporate and political circles and many reacted with initial disbelief this afternoon.

Prime Minister Narendra Modi, and Maharashtra Governor Bhagat Singh Koshyari expressed grief and shock over the tragedy and Chief Minister Eknath Shinde said Mistry’s demise is a loss not only to his family but also the country’s industrial world.

Other union and state ministers, senior leaders from Bharatiya Janata Party, the corporate world in India and abroad have condoled Mistry’s death.