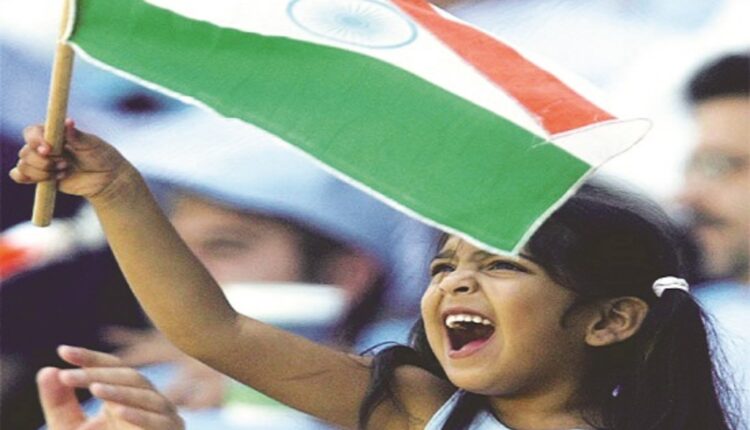 In the era of heavily polarised opinions about every achievement by the state, it is easy to be swayed by the criticism. However, it is wise to take a step back and positively inspired by the many achievements which has influenced wellbeing of every sector of the society. This is not to say, to be blindsided for the aspects which is yet to be achieved. This is true for the National Health Family Survey 5 (NHFS-5), which needs to be looked at for the tremendous achievement that India has achieved under the Government of India and the state Governments working in tandem.

The preference of a male child over girl child has been explicitly craved in not only in India but also in many other countries like China, and other south Asian countries. The rampant female foeticide, selective abortion of girl child, and female infanticide had been practised in many parts of India as a result there had been steep decline in the ratio of women in India. An article in April 2018 by Washington Post suggested that the ratio of men had increased to extra 80 million due to preference of the male child in India and China, which determined about 2.73 billion of entire population across the world.

The census of 2011 suggested that there are 943 women for every 1000 men in the country and the child sex ratio of girl versus boy child was 919:1000. NFHS-4 (2015-2016) suggested that there were 991 girls over 1000 boys. Now, the recent report of NFHS-5 suggests that the female versus male ratio is at 1020:1000. There has been a paradigm shift in the nation that now girls have outnumbered boys in terms of population. New India will not be addressed as ‘A country of missing women’ anymore due to its spectacular achievement of restoring to gender parity. The spectacular and aggressive awareness campaigns like ‘Beti Bachao Beti Padhao’, selfie with daughters, Suknya Samridhi Yogna, and many more by the central government in tandem with the state governments has resulted in a massive awareness campaign as well as nation being proud of our daughters resulted in an unbelievable change in our society’s psyche. Girls and women in every field showed their mettle to prove themselves while making the entire country proud such as Mary Kom, PV Sindhu, Phogat sisters, Saina Nehwal, Sania Mirza and many other examples such as the women’s hockey team, all-women flight crew of Air India, women-led missions in ISRO and women permanent commissioned officers in the Indian Army.

Some of the factors that affected significantly the importance of girl child among the families and society in general are the extraordinary success of women which has been achieved in the last few years including specific promotions by the government in many areas such as 43.8 crore Jan Dhan bank accounts, 11.5 crore toilets which were built to empower women along with specific positive restrictions in selected fields such as commissioning of women in Air force, and Army. Also, promoting and awarding women who due to their grit overcame all the hurdles of life to reach the zenith of success to show the patriarchal society that women are not burden but a pride to their community and family.

One such women is Gulabo Sapera, who is a Rajasthani folk Kalbeliya dancer and is from Kalbeliya tribal community of Ajmer. The aversion of girl child was so much around her birth that she was buried alive by her family after she was born. Her maternal aunt managed to find her and dug her out and to everyone’s surprise, she was still alive after six hours of being buried alive. Supported by none other than her mother, she eventually became an Internationally famous dancer and was conferred with Padma Shri, fourth highest civilian award for her distinguished contributions. Many such women like her are the champions of many noble causes in celebrating the birth of girl child who is no longer seen as a burden for the family. Our Prime minister Shri Narendra Modi’s vision to celebrate India’s Daughters with ‘#BharatkiBeti’ is eventually transforming our society to give its due to women and that is how we need to acknowledge that we are in the path of gender parity and empowerment. So, it has been truly said in our scriptures that prosperity, equality and justice prevail where women in the society is respected and given their due.

The author is an eminent Doctor, Columnist, and Poet. She can be reached through e-mail at [email protected]

In a first of its kind, genetically-modified pig heart transplanted in human

Bank privatisation: Perilous and detrimental to the nation’s interest

Legacy of a Distinguished Citizen of India

Withdrawal of farms Laws: Who will be held responsible for…