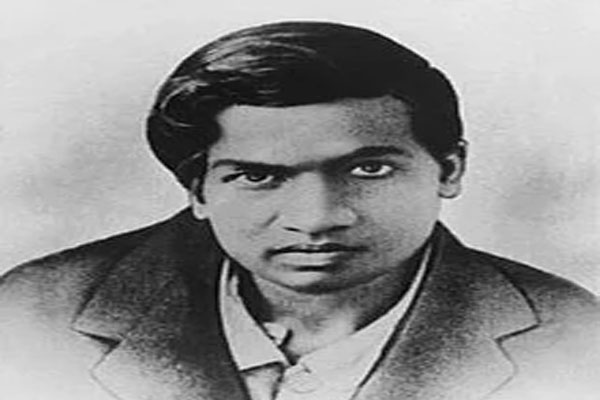 National Mathematics Day is observed in India on December 22 every year to celebrate the life and works of Indian mathematician Srinivasa Ramanujan.

On February 26, 2012 Manmohan Singh, the then Prime Minister of India, had visited Madras University. There, commemorating Ramanujan on his death anniversary, Singh declared that the nation shall celebrate the veteran mathematician and his contribution to mathematics by observing his birth anniversary on December 22 as National Mathematics Day. Since then, every year National Mathematics Day is celebrated with several educational events in schools and universities across the country.

Srinivasa Ramanujan Aiyangar was one of the pioneers of mathematics in India. He was born in a humble Tamil Brahmin Iyengar family in Tamil Nadu’s Erode on December 22, 1887. His love for mathematics became evident from quite a young age. He had turned a child prodigy by the age of 11. Although, Ramanujan passed his primary school with best scores in the district, in his senior student years, his performance in subjects like English, physiology and Sanskrit, was quite poor. However, his curiosity towards mathematics kept him ahead in the subject.

Ramanujan’s journey as a mathematician

Ramanujan had not received any formal training in pure mathematics. However, his contributions to mathematics including analysis, number theory, infinite series and continued fractions were declared extraordinary. His solutions could solve mathematical problems that were considered unsolvable then.

Initially, he developed his own mathematical research in isolation. Failing to attract Indian mathematicians’ attention towards his work, he approached English mathematician G.H.Hardy of University of Cambridge through postal correspondence in 1913. That arranged his journey to Cambridge. There, he produced ground breaking new theorems.

He independently compiled around 3,900 results that mostly included identities and equations.  Some of his highly conventional works like the Ramanujan theta function, mock theta function and partition formulae, opened doors for further research.

Ramanujan was one of the youngest Fellows of the Royal Society and later became the first Indian to have been elected a Fellow of Trinity College, Cambridge. The Ramanujan Journal, established in 1997, contained summaries of his published and unpublished results. After his demise, the journal was studied and analysed as a source of new mathematical ideas.

Some of his celebrated contributions to the world of mathematics were, Ramanujan prime, Mock theta functions, Ramanujan’s sum, Roger-Ramanujan identities, Ramanujan’s master theorem.

In 1919, Ramanujan returned to India due to ill health. On April 26, 1920, he died by a disease that’s now identified as hepatic amoebiasis. He was 32. His book ‘lost notebook’ contained discoveries from the last year of his life.