National Panchayati Raj Day 2022: History, significance and all you need to know 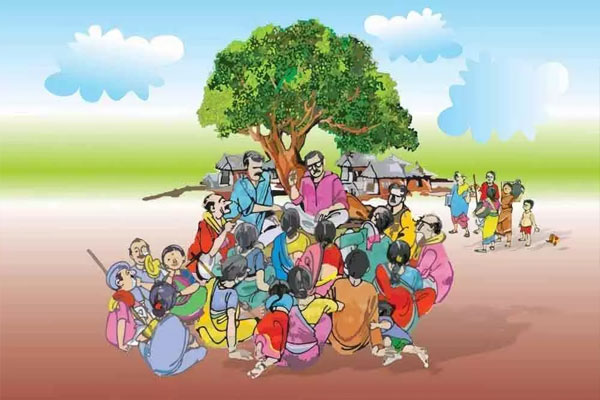 On April 24, 1993 Panchayati Raj was institutionalized through the Constitution (73rd Amendment) Act, 1992 and it came into force with effect from that day. That became a defining moment in the history of decentralization power to the grassroots.  This occasion provides an opportunity for direct dialogue with Panchayat representatives from all over the country as well as recognizing their achievements to empower and motivate them further.

In 2010, the then Indian Prime Minister Manmohan Singh declared the first National Panchayati Raj Day on April 24 and said that if Panchayati Raj Institutions (PRIs) functioned properly and locals participated in the development process, the Maoist threat could be countered. Later, in 2015, Prime Minister Narendra Modi, in his address to the elected representatives, called for an end to the practice of ‘husbands of women sarpanches’ or ‘sarpanch pati’.

Every year, on the occasion of National Panchayati Raj Day, Ministry of Panchayati Raj awards the best performing Panchayats/States/UTs across the country under the Incentivization of Panchayats in recognition of their good work for improving delivery of services and public goods. The awards are given away under various categories, i.e; Deen Dayal Upadhyay Panchayat Sashaktikaran Puraskar (DDUPSP), Nanaji Deshmukh Rashtriya Gaurav Gram Sabha Puraskar (NDRGGSP), Child-friendly Gram Panchayat Award (CFGPA), Gram Panchayat Development Plan (GPDP) Award and e-Panchayat Puraskar (given to States/UTs only).

National Panchayat Awards have become a medium for creating awareness and and sharing of knowledge across the country about the achievements of Panchayats. This has led to raising the level of commitment of all stakeholders and benefiting the nation, as a whole.