Nature was his teacher, the forest his classroom: Remembering U.N. Dev 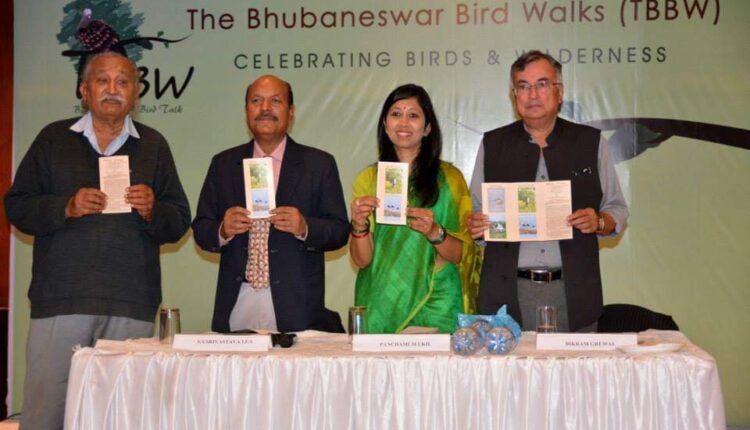 Bhubaneswar: Dr. U. N. Dev’s outstanding contribution to the field of ornithology, which stemmed from his dedication, led him to be known as the “Birdman of Odisha”. He strengthened the ground for conservation of birds and became the first man in the State to conduct systematic bird surveys, bringing to light the rich bird species of Odisha.

The popularity of birding, a recent phenomenon, is spreading thanks to the vast digital world that connects birdwatchers globally, nationally and regionally. Today, a lot of information of birds can be found on the internet. These digital bird lists have information in three dimensions, including their songs. Tens of thousands of birdwatchers from across the world are hooked on to this pastime. There is a wealth of data about even the most common birds in the country. However, communicating about birds must not exactly have been very easy around 50 years ago, there were far fewer birdwatchers then, and far fewer opportunities to spread the word about the fascinating world of birds.

India has 13 per cent of the world’s birds (1340 species), together with 78 endemic species. A proper study of the birds of Odisha had not been made before U.N. Dev launched Operation Bihang. Unlike the other eminent ornithologists like Salim Ali, Zafar Futehally, Biswamoy Biswas and A.O Hume, Dev popularly called as Raja Sahib was a self-made ornithologist who inspired a generation of students. The last proper study on birds of Odisha had been conducted by Col Samuel Tickell, who was born in Cuttack in 1811. While serving in the Bengal Native Infantry, he had conducted many surveys and painted and described the birds of Odisha. Tickells Blue Flycatcher is named after him. He carried field studies and collected many specimens. Unfortunately, his failing eyesight forced him to abandon his 7 volume book ‘Illustrations of Indian Orinthology’.  Just a few months before his death, Tickell donated his specimens and the unfinished manuscript to the Zoological Society of London. Sadly, it was never published. I sincerely hope that U.N. Dev’s  5 volumes of  Vihanga Samhita too does not meet a similar fate.

Dr. Biswajit Mohanty is of the opinion that a bird should be named in U.N. Dev’s  honour. Salim Ali has a bird named in his honour– the Himalayan Forest Thrush (Zoothera salimalii), which was discovered in 2016. Panchami Manoo Ukil, founder of Bhubaneswar Bird Walks, recalls her interactions with him ever since their first meeting in 2013. She had taken him to Mangalajodi in 2014 and heard some incredible stories of the wintering birds’ congregations in Chilika. She has seen his manuscripts and photos, and the utter state of neglect he was in. I recollect that she had told me about his  dire state, and I had taken up the matter with the Late Bijoyshree Routray, who happened to be the Minister of Forests. I had also met some Babus, who told me that he was getting his MLA pension which should be sufficient. However, I recollect that Bijoyshree Routray had made some small grant from his department. According to Ukil, “U.N. Dev was the father of ornithology in Odisha and his magnum opus “Vihanga Samhita” is one of the most detailed treatises on birds, possibly the only one of its genre in the country.” She recalls that the birdman had told her that he would not die until he completed the book. When he had been inducted into the Hall of Fame by the Bhubaneswar Birds Walk in December 2014, he had mentioned that the award was a second lease of life for him and would inspire him to complete his book.

In his lifetime, he has written twelve books, both in Odia and English, all of which are not known. His three important  books, ‘Birds of Chilika’, ‘Bird Watching’ and the ‘Pocket Dictionary of Birds’ are out of print and scarce. His magnum opus, the result of his 45 years of hard research was the ‘Vihanga Samhita’, which was released by the Governor recently.

Diana Sahu had met him just a week before his death and perhaps written the swansong article on him. She recalls from her three hour long interview how he asked her to come back another day and he would speak about Chilika and what could be done to save it. The 6 volume 2000 pages books that had been recently released was still being edited and fine tuned. Diana describes him as a human encyclopedia on ornithology.

I agree that  U.N. Dev was too much of a perfectionist to publish his work without utmost care. In fact, Panchami had earlier proposed to him that he should give his manuscript to Oxford University Press or some other reputed publisher, but he was just too possessive to part with it. I sincerely hope that the Government of Odisha takes up the publication of his monumental work, including reprinting his earlier books.

As we remember the iconic Birdman of Odisha, let us pledge to be aware and actively participate in conservation as a cause, not only for the survival of our species but also to support the survival of the rich biodiversity that we have. The accountability to hold ahead the legacy of  U.N. Dev is on the younger birders of the State.