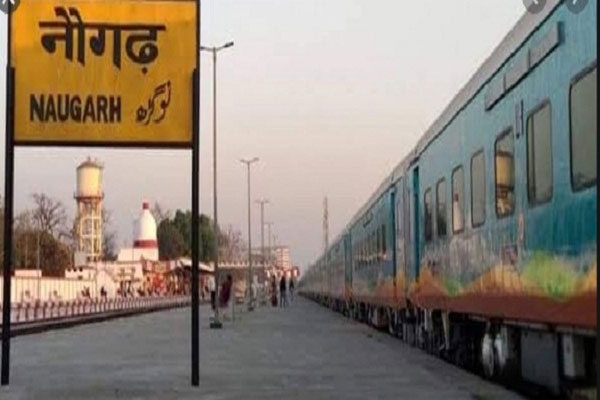 Railway minister Piyush Goyal inaugurated the name change of the railway station in an online event on Monday evening.

Goyal said, “Mahatma Buddha’s birth place Lumbini is very near and keeping in view the wishes of the people, the name of the station is being changed to Siddharthanagar railway station. A large number of Buddhist tourists come to Lumbini and the area is declared as a World Heritage site by UNESCO.

“A new 240 km long rail line has been approved from Khalilabad to Bahraich via Domariyaganj-Utraula-Balrampur-Shravasti and this will give momentum to the development of Sant Kabir Nagar, Siddharthanagar, Bahraich, Shravasti and Gonda districts.”

He said that in the past six years, 460 km of rail line was constructed, 531 km was doubled and 489 km was changed to broad gauge. All 1,404 unsecured level crossings were closed and Rs 19,600 crore were allocated for infrastructure development which was nine times more than previous years.

“Antyodaya, Humsafar, Deendayal and LHB coaches are being made at the Modern rail coach factory in Rae Bareli. Last year, the factory doubled the production of coaches,” he added.

The minister said passenger trains were restricted due to the corona pandemic, but goods trains continued and helped in transporting essential goods during lockdown.

“In September, loading was 80 per cent more than last year. As many as 22,40,000 passengers came via 1,661 Shramik special trains and 2,50,000 passengers were sent to other states in 191 Shramik specials. Employment was provided to migrant labourers in the 67 rail projects in Uttar Pradesh under PM Garib Kalyan Rozgar Abhiyan,” he said.