Naveen Babu’s time is up; no one can save him now: Modi 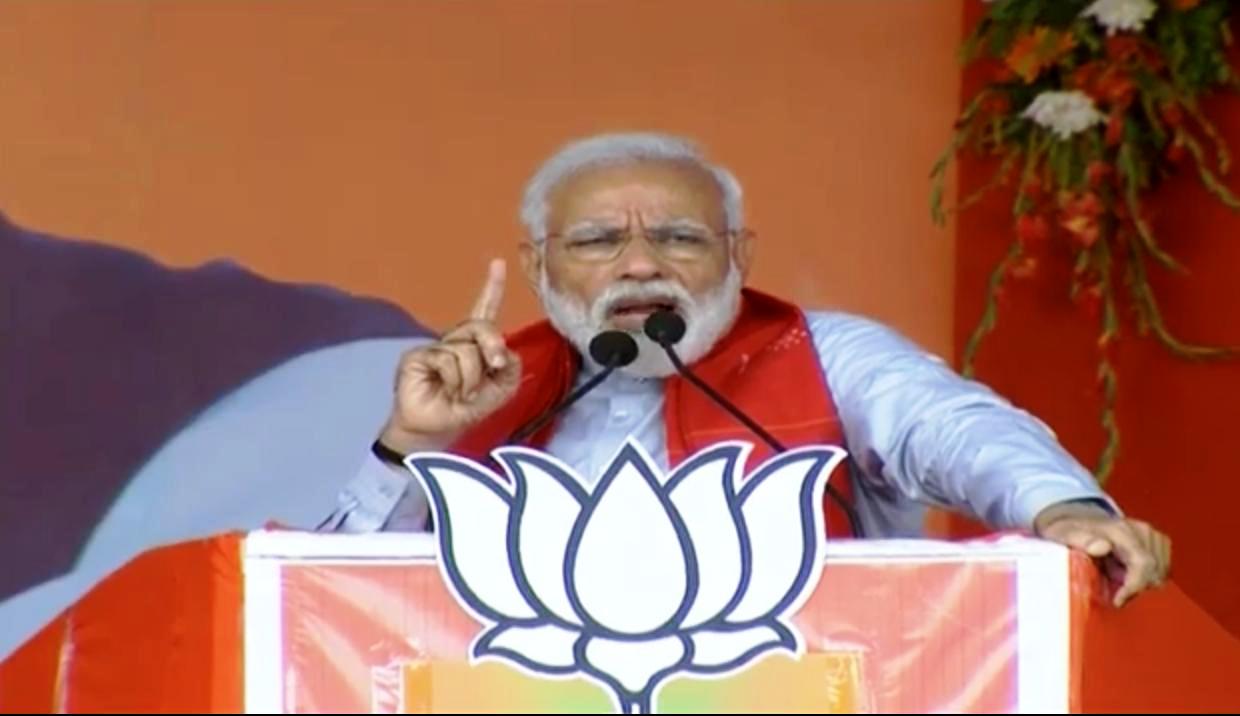 Kendrapara: With passing of each phase polls, the campaigning has hit feverish pitch in Odisha as well as witnessed heightened personal onslaughts.

The ‘Chowkidar’ of BJP, in his election speeches, had taken indirect jibe at Naveen till recently without naming him. However, he today launched an all-out attacked on Naveen saying “Naveen Babu’s time is up and his exit is certain.”

He said, “During campaigning for the first and second phase elections, I tried to abstain myself from discussing about Naveen Babu. Because I did not want him to have a disdainful farewell but a grand and respectful farewell since he has served the State for so many years.”

.. “But, the way the party has adopted violence in the last 10-15 days and a handful of his officers have remained blindfolded, I want to tell him that Naveen Babu, your time is up now. No one can save you now, not even a handful of officers. People of Odisha are in a mood to bid you adieu with anger,” Modi asserted.

The people of Odisha have made up their mind to have a double-engine Government of BJP in Delhi and in Odisha.

Modi later slammed the BJD Government over various issues, including workforce migration and lack of irrigation and cold storage facilities in the State.

“Ensuring basic facilities to all should be the first priority of a Government. But this Government does not give priority to development. Its main concern is to remain in power only.You have been voting for BJD for years trusting the party blindly. But now you have to vote for a better alternative for your better future,” said Modi while exhorting the people of Odisha to vote for BJP.

Continuing with his election rhetoric, the PM made several promises like direct cash transfer to farmers under PM-KISAN scheme, pucca houses with basic facilities to all poor and underprivileged, security to women and healthcare benefits under Ayushman Bharat scheme, if the party is voted to power in the elections.