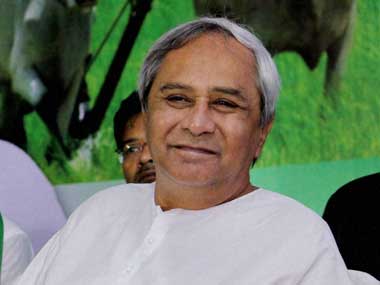 Yes, article 377 is the hot topic of discussion now days. Biju Janata Dal (BJD) MPs in particular, are extremely supportive for its decriminalization. Hold on to your imagination after reading this headline. Before you start considering this to be on the sexual preference of the Hon’ble CM of Odisha, this is not a commentary on his sexual orientation. Read on and you might understand.

After the sad demise of Biju Babu, his youngest dependent Naveen Patnaik wore his shoes by contesting the Aska Lok Sabha by-election. Biju Babu was the incumbent MP from Aska during his demise, thus the by-election. Naveen won the by-poll on a Janata Dal Ticket and not only did he wear Biju Babu’s shoes as the MP of Aska, on 19 March 1998 he even wore Biju Babu’s old hat, that of the Union Cabinet Steel & Mines Minister of India.  Naveen Patnaik broke away from Janta Dal to form BJD and joined hands with the BJP. This alliance went on to win the year 2000 assembly elections and form the first ever BJD-BJP government in Odisha. That was the ‘India shining era’ of Vajpayee ji and the ambitious Naveen preponed the assembly elections of Odisha by a year to ride the wave of ‘India shining’ and decided to hold the assembly elections along with the general elections in year 2004. Unexpectedly the Congress led UPA won in the center and the BJD-BJP alliance won in Odisha.

It was Dec 2006, on the behest of senior congress leaders , I was formally inducted into the Indian National Congress. In the years 2007 and 2008, Congress was on an upswing in Odisha. In mid-2008, the then crisis manager of BJD, Pyari Mohan Mohapatra was first made to convey the swing of Naveen Patnaik towards Congress. Unexpectedly Ajay Makan, the then AICC in-charge of Odisha, instead of strengthening the party, began committing blunders which turned out to be detrimental for Congress but favoured the BJD. Naveen via his friends in top echelon of the Congress began giving feelers to the Congress high command that his party would part ways with BJP and possibly align with the Congress for the year 2009 general elections.

A back room deal was struck between BJD and the Congress. Barely few months prior to the general elections, Jaydev Jena was dropped and KP Singh Deo was made the OPCC president. A few days later, Ajay Makan too was dropped and Ghulam Nabi Azad was made the AICC in charge for Odisha. Should the records be looked at, Ajay Makan was AICC in-charge of Chhattisgarh and Odisha and later Ghulam Nabi Azad was made the AICC in-charge of Chhattisgarh, Odisha, Andhra Pradesh, Karnataka and Tamil Nadu for the 2009 elections.

As per the scripted plan, few days prior to the year 2009 elections the BJD snapped ties with BJP and internally supported the Congress. To the same, the later too complemented Naveen Patnaik. In 2009, Congress increased its tally to six MPs from two MPs from Odisha and UPA-2 was formed, while BJD won single majority to form Naveen’s first ever single party government in Odisha.

Though externally the farce of a conflict was kept burning, from 2009 to 2014 the internal complementing of Congress and BJD continued. Things changed after BJP announced Narendra Modi as their PM candidate for 2014 elections; the spin doctors of Naveen Patnaik were again put to play but this time Pyari was not in the picture. The much-hyped 29 May Midnight coup was given as the justification to keep Pyari out. This time Naveen’s one arm played with Congress and the other played with BJP. Results of 2014 elections showed the fantastically politicked plot of Naveen Patniak and his cronies. BJD swept the 2014 General elections as well as the state assembly elections.

The Feb 6-7, 2016 visit of PM Narendra Modi to Odisha was conceived sometime around Oct 2015, coincidentally around the same time when the PM announced that Netaji Files would be declassified in Delhi on Jan 23, 2016. If the 7 Feb’16 tweets from the official Twitter handle of the PMO (@PMOIndia) is closely watched, it shall reveal the fact that the PMO core has now been compromised by the cronies of the Odisha CM.

In 2016, Congress is at an all time low in Odisha just as BJP was in year 2009. Naveen Patnaik has again begun swinging and this time he is doing so with BJP just as he had done with Congress during 2009 elections. One can bluff once, but it is left to be seen if Naveen Patnaik’s bluff will work fabulously twice over. Will this both way swinging make it work the third time for BJD in 2019?

*The author Shri. Suparno Satpathy is a noted socio-political leader and the Chairman of SNSMT. This article was originaalu published on his blog, http://suparnosatpathy.blogspot.in/