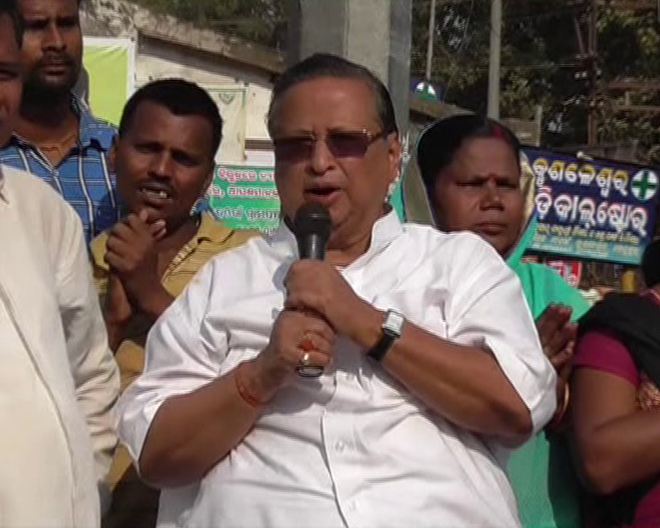 “Naveen Patnaik and Raman Singh are heroes of Jatra troupes. They do not have any concern for people’s problems. They are deceiving people with their sweet talks,” Niranjan Patnaik said.

The former state minister criticized the duo during canvassing in Talsara panchayat in Sundargarh district.

“Congress party will register victory in the panchayat elections as people are not satisfied with the government. Despite the ruling party and the BJP spending huge money in the election, there is anger among the people,” he added.

Patnaik participated in a bike rally from toll gate bypass and garnered votes for his party’s candidates by campaigning in Rajpur, Kulba and Itma villages.

On the other hand, Odisha Pradesh Congress Committee president Prasad Harichandan and Leader of Opposition in state Assembly Narasingh Mishra campaigned at several places in the state.

Delay in swearing-in is to break the party: Sasikala