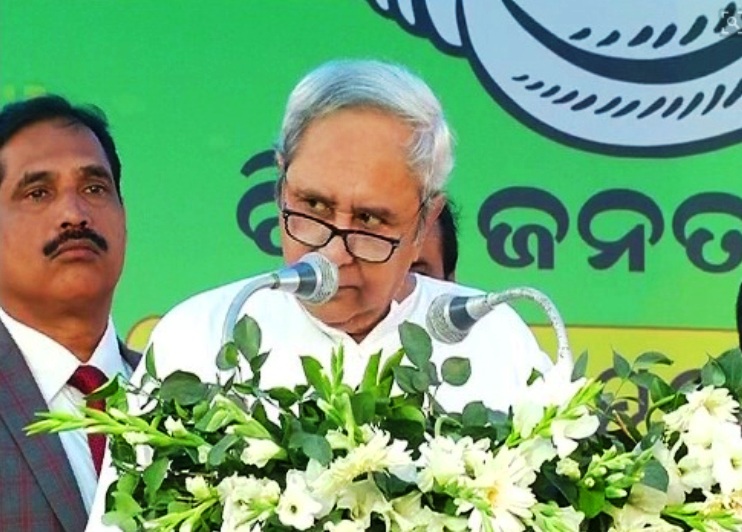 Bhubaneswar: BJD Supremo and Chief Minister Naveen Patnaik today once again trained his guns on BJP-led NDA Government at the Centre for its alleged failure to fulfil various promises it had made five years ago.

Addressing a public meeting at BJD headquarters here on the party’s 21st Foundation Day, Patnaik targeted the Modi Government by taking up nine issues that the Centre has failed to address so far.

On rail projects, the CM said the Centre has allocated land for Khordha-Bolangir railway line and sanctioned half of the project cost, but the project has not made any progress till yet.

Patnaik slammed the Centre over poor mobile connectivity saying that several villages in the State are yet to get BSNL connection while in rural areas the telecom service is very poor. He also targeted the NDA Government over issues like paddy MSP, coal royalty revision, 33 % reservation for women and demonetization.

Besides, Patnaik demanded Financial Autonomy for Odisha and said, “The State does not need Special Category Status or any central funds or grants. Rather, Odisha wants financial autonomy so that the State will develop with its own money.”

Later, the CM exhorted the party workers to sensitize the public about various welfare initiatives of the State Government.