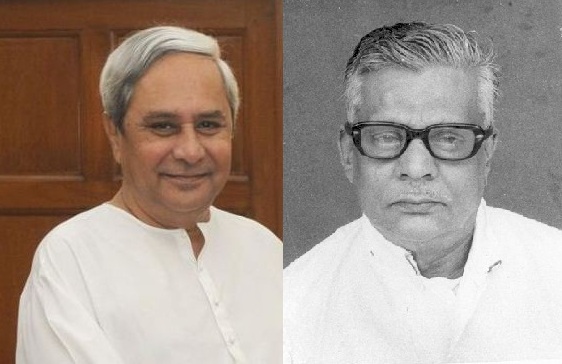 Difficult to believe anyone could be ahead of Naveen Patnaik in Hinjili constituency. Naveen Patnaik who has been winning continuously from Hinjili constituency in Ganjam district for last four terms from 2000 onwards with exceptionally handsome margins, has achieved a near invincible status. He is the sitting MLA from Hinjili and the Chief Minister of Odisha for last 19 years. Who then is Brundaban scoring over Naveen in Hinjili ?

This is a million dollar question.

But don’t mistake us. We are not talking about the poll scenario for coming 2019 assembly elections. We are talking of the record of continuously winning from Hinjili Assembly constituency both in number of terms and number of years. And on this count Brundaban Nayak wins over Naveen hands down.

Before Naveen entered politics and even before his more illustrious father Biju Patnaik established himself in Odisha’s electoral politics, Brundaban Nayak has been winning this seat right from 1957 (the second general elections post independence). And he has won this assembly seat consecutively for seven terms as against only four terms by Naveen. Moreover, he has represented this constituency from 1957 till his death on 10th October 1984 without a break for long 27 years as against only 19 years by Naveen so far.

Who then is Brundaban Nayak?

Born in 1912 in Ganjam district, Brundaban is the son of Damodar Nayak. At a very young age of 20, in 1932 he joined Indian National Congress (INC) and took an active part in the National struggle for Independence. At the time of formation of the separate Odisha province he had already established himself as a front ranking youth leader of the Indian National Congress.

After independence he fought the first general elections to Odisha assembly from Berhampur constituency on Congress ticket and won. He served as the Chairman of Berhampur Municipality also. But he changed his constituency to Hinjili in 1957 general elections. After winning from Hinjili on a Congress ticket in 1957, he has never looked back and has continuously won every other assembly election after that from Hinjili till 1980. A record seven terms and a continuous representation for long 27 years till his death in 1984.

He has won four times with Congress ticket, twice with Utkal Congress ticket and his last term in 1980 with the ticket of Janata Dal (S). In 1977, when Congress was at an all time low and the newly formed Janata Party was literally sweeping the state he won from Hinjili on a Congress ticket. And in 1980, when there was a wave against Janata Party, he won with the ticket of splinter Janata (S). For Brundaban, the party affiliation was not a factor in winning election. It was his immense popularity in the area that clinched every single election in his favour.

He has held many dignified positions and had been a minister several times handling different important portfolios. He also had been the Leader of Opposition in Odisha assembly for a period of one year from 1978 to 1979. This great son of the soil of Ganjam breathed his last on 10th October 1984 when he was a sitting member of the 8th Assembly. The people of the state remember this towering personality with great love and affection even today.

*The author is the secretary of Aama Odisha.