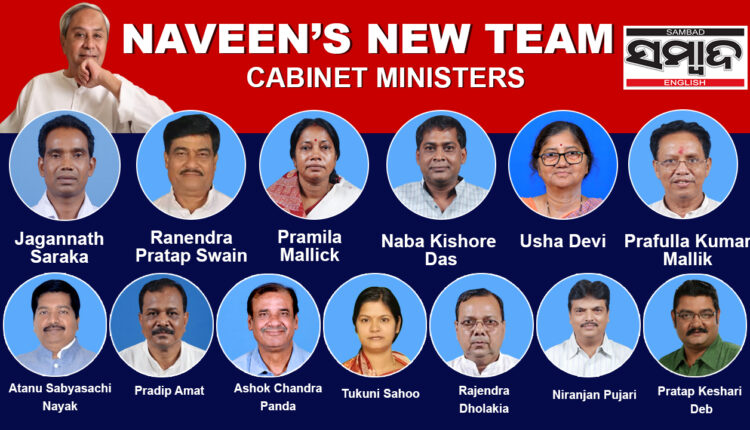 Of 21 ministers, 13 leaders were sworn-in as the Cabinet Ministers and eight took oath as the Ministers of State. All were administered their oath of office and secrecy by Governor Prof. Ganeshi Lal at Lok Seva Bhawan earlier in the day.

Niranjan Pujari – He retains Finance Department with an additional portfolio of Parliamentary Affairs after the cabinet reshuffle. Earlier, he was holding the Excise, Finance portfolios as the Cabinet Minister.

Ranendra Pratap Swain – He was given the charge of Agriculture & Farmers’ Empowerment, Fisheries & Animal Resources Development. Earlier, he was the Co-Operation, Food Supplies & Consumer Welfare Minister (Cabinet) in Naveen’s team.

Usha Devi – The MLA from Chikiti Assembly Constituency was given the charge of Housing & Urban Development Department.

Pratap Keshari Deb – The Aul MLA got Industries, MSME, Energy Departments. Earlier, he was appointed as chairman of Odisha State Planning Board.

Pradip Kumar Amat – The legislator from Boudh Assembly Constituency was given the charge of Forests and Environment, Panchayatiraj & Drinking Water, Information & Public Relations Departments. Earlier, Amat was the Speaker of Odisha Legislative Assembly in 2017. Prior to this, he was the Finance and Health minister between 2009 and 2014.

Naba Kishore Das – He will continue to serve as the Health & Family Welfare Minister in Naveen’s Government.

Tukuni Sahu – The Cabinet Minister was given the charge of Water Resources, Commerce & Transport Departments. Earlier, she was the Women & Child Development & (Mission Shakti) Minister.

Rajendra Dholakia – The Nuapada MLA has been appointed as the new Planning & Convergence Minister in the Cabinet rejig.

Samir Ranjan Dash – He will continue to serve as the School & Mass Education Minister in the Government. Earlier, he was the Cabinet Minister.

Aswini Kumar Patra – The Jaleswar MLA has been given the charge of Tourism, Odia Language, Literature & Culture, Excise Departments.

Srikant Sahu – The legislator, who represents Polasara Assembly Constituency in Odisha, has been appointed as the Labour & Employee’s State Insurance Minister.

Tusharkanti Behera – He will continue to serve as the Electronics & Information Technology, Sports & Youth Services Minister. He has been given the additional charge of Home Department as the Minister of State (MoS).

Rohit Pujari – The MLA from Rairakhol Assembly Constituency was given the charge of Higher Education Department.

Basanti Hembram – The Karanjia MLA will serve as the Women & Child Development and Mission Shakti Minister.

Here’s the full list of newly-appointed ministers and their portfolios. 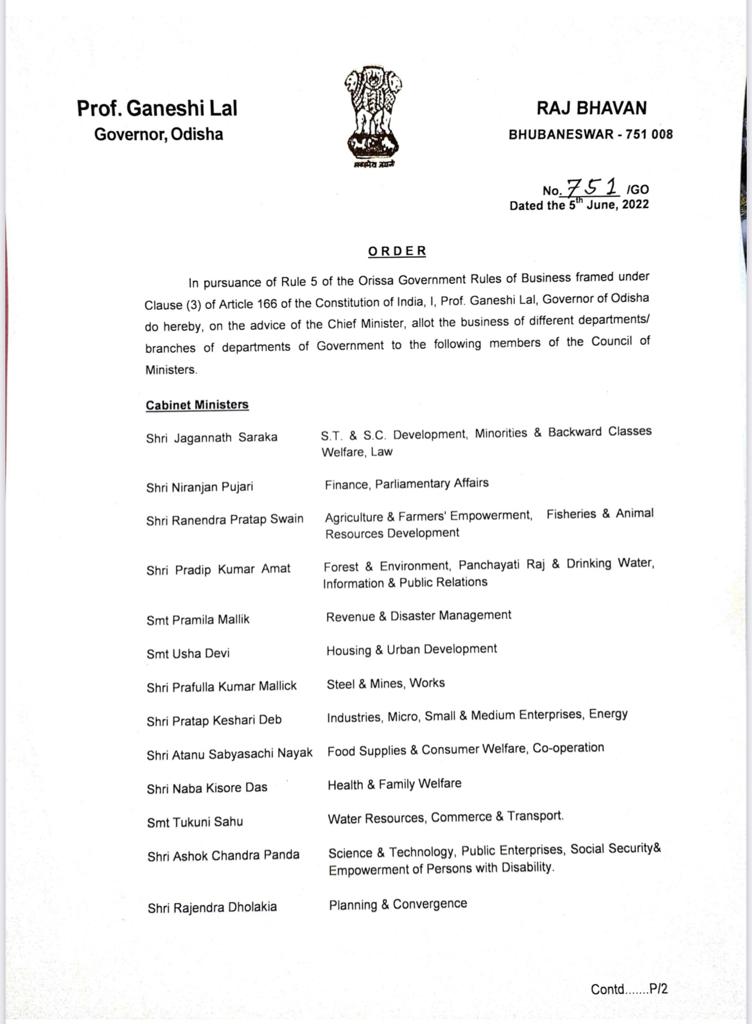 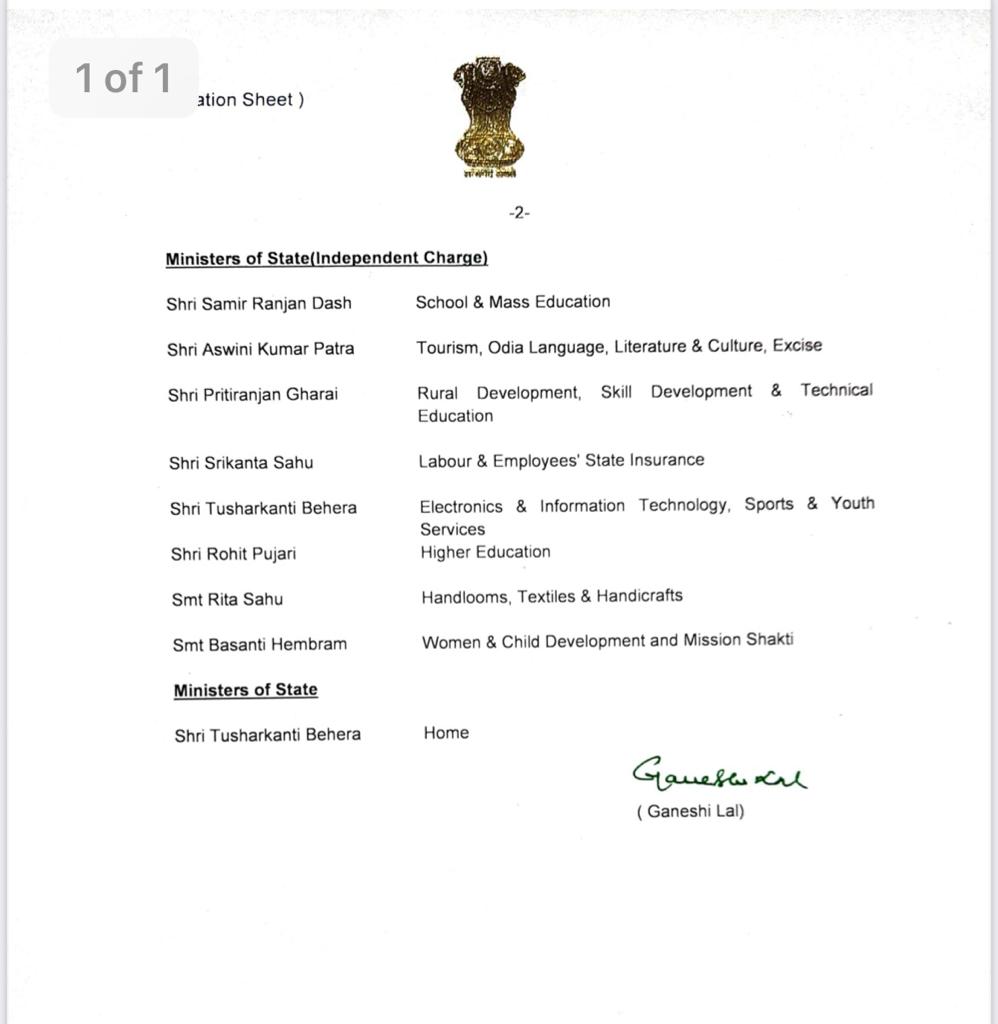 Fifty shades of green; how New Zealand is leading