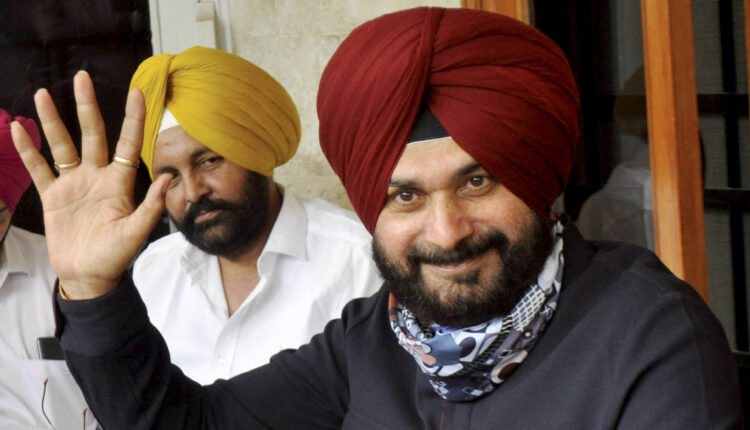 New Delhi: Punjab Congress is likely to get new State President in the form of Navjot Singh Sidhu along with two other working presidents ahead of the crucial assembly elections next year.

The Congress is mulling an idea of appointing a Dalit and a Hindu as working presidents. The names of Raj Kumar Verka and Santokh Chaudhary are being considered for working president as both are Dalits and can counter the Akali Dal-BSP alliance impact.

While another from Hindu community is to balance the equation and Vijay Inder Singla could be appointed as another working president. Not only this, the party is mulling to reshuffle cabinet in the state ahead of polls and give more representation to Dalit community in the state.

Punjab Congress in-charge Harish Rawat said it may take sometime but to balance the equation in the state, the party is working on the formula to appoint Sidhu in a prominent position, while asserting that Amarinder singh has already said that he will abide by the high command’s decision.

“The party is working on a formula to appoint two working presidents and elections will be fought under the leadership of the Chief Minister,” said Rawat.

However, no official announcement has been made so far, sources say Navjot Singh Sidhu is likely to get the post of party’s state head with two working presidents in his team, and Amarinder Singh will lead the party into the elections.

The official announcement is going to be made soon.

Sources said the formula has been devised after the meeting with Rahul Gandhi, Priyanka Gandhi Vadra and poll strategist Prashant Kishor.

A three-member committee headed by senior party leader Mallikarjun Kharge, set up to resolve the issues in Punjab Congress, had submitted its report. Amarinder Singh and Sidhu, among other state leaders, had also met the committee members to put their view points.

Watch: Lionel Messi surprises 100-year-old superfan who records all of his goals in a notebook