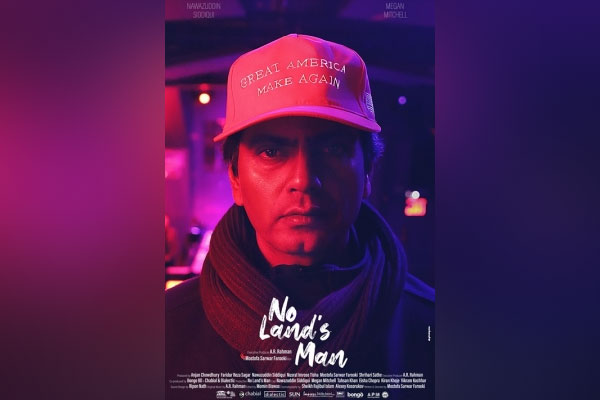 Mumbai: The American-Bangladeshi-Indian drama film ‘No Land’s Man’ starring Nawazuddin Siddiqui has been selected for the Sydney Film Festival. The ‘Gangs of Wasseypur’ actor shared the news on his Instagram.

Sharing a picture of the film’s actress Megan Mitchell and himself, the actor wrote in caption, “The film close to my heart is travelling the world, this time “No Land’s Man” is officially selected at the @sydfilmfest (sic).”

‘No Land’s Man’ has been directed by Bangladeshi filmmaker-writer Mostofa Sarwar Farooki and features music by the Oscar winning composer A R Rahman. The film, shot in India, USA and Australia, follows the journey of a South Asian man which turns out to be an eventful one when he meets an Australian woman in America. The plot also deals with fascism and the identity crisis.

In addition, Nawaz is all set to walk the red carpet at Cannes for the ninth time. Meanwhile, on the work front, Nawaz has an interesting lineup of films which includes ‘Tiku Weds Sheru’, ‘Noorani Chehra’, and ‘Adbhut’ among others.