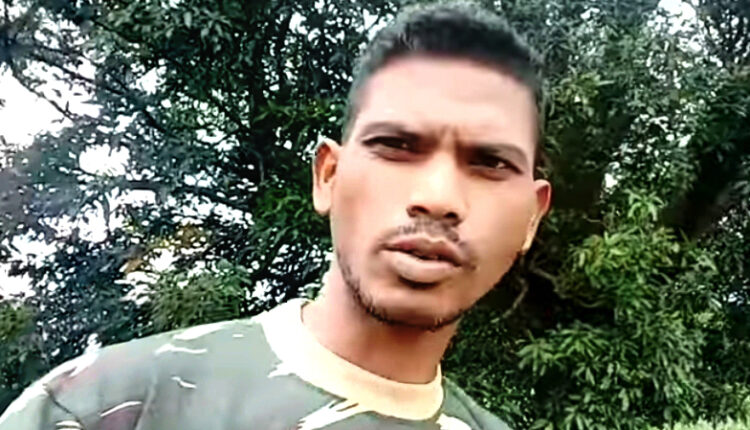 Raighar: A youth from Chhattisgarh, who was hiding for the past several years in Raighar locality of Nabarangpur district, was opened fire here today afternoon suspecting him to be a police informer. He has sustained severe bullet injuries on head and his condition is said to be critical now.

The critically injured youth has been identified as Hindu Markam (35), son of Dharmu Markam from Bhutabeda village of Chhattisgarh, a senior official in Raighar police station expressed.

According to the police source, Hindu Markam was on his way from Chhattisgarh to Raighar at around 4.30 pm by riding his motorcycle (registration number CG-05 AN-0132).

He was chased by three Naxals and intercepted by the miscreants on the midway at Rengabhati-Sonepur DNK, where the incident took place. They targeted a revolver at his head and shoot him. Hindu Markam left his motorcycle and ran into a nearby forest to save his life, the source added.

Later, on being informed by some local residents, Raighar police rescued Hindu Markam and rushed him to a nearby hospital for treatment. Police have launched a probe into the incident.

Hydrogen-powered train to be ready in India next year: Railway Minister

Political slugfest in Odisha over Chhattisgarh decision to…