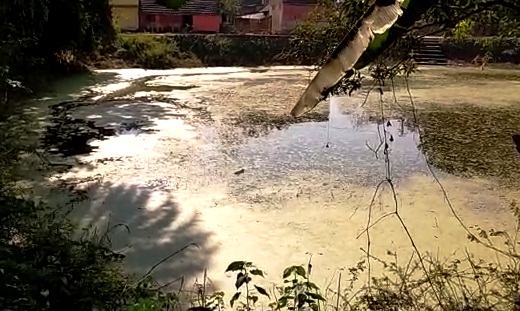 Nayagarh: In a significant development in the case of murder of a 5-year-old girl at Jadupur village in Odisha’s Nayagarh district, a local pond from where her skeletal remains were recovered will be dried out.

The Special Investigation Team (SIT) of Odisha Crime Branch, which is probing into the incident, has directed the Nayagarh police to make arrangements for emptying the pond for the purpose of collection of evidence.

The SIT had yesterday arrested a person of the village in connection with the murder. A case has been registered against the accused under Sections 364, 302, 376 (AB), 376 (A) and 201 of the IPC and Section 6 of POCSO Act.

However, the investigation team did not provide the details of the arrested person. In its probe status report, the SIT had informed the Orissa High Court that the minor girl was sexually assaulted before being brutally killed.

The deceased girl’s parents had on November 24 attempted self-immolation outside the Odisha Legislative Assembly demanding justice for their daughter. Alleging police inaction in the case, the couple accused minister Arun Kumar Sahoo of shielding an accused.

The child had gone missing while playing in front of her house on July 14. Later on July 23, her decomposed body was found packed in a sack behind the house near a pond.