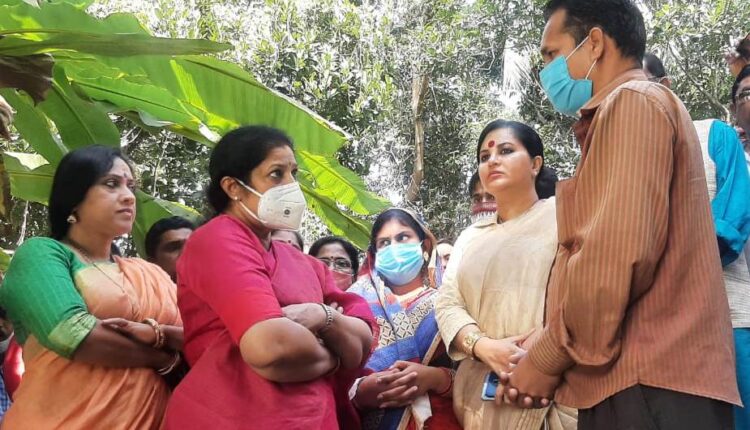 Nayagarh: BJP’s Odisha in-charge Daggubati Purandeswari today visited Jadupur village in Odisha’s Nayagarh district and met the parents of a five-year-old girl, who was allegedly kidnapped and murdered in July.

Accompanied by BJP’s State President Samir Mohanty and several party leaders, Purandeswari held discussion with the deceased girl’s parents and also visited the spot near the house where the girl’s body was found.

“Minister Arun Kumar Sahoo, who is accused of shielding the accused, should resign. The SIT formed by the State Government has no judicial powers. For a proper investigation into the case, we demand a CBI probe. The matter is also linked to organ trading,” said Purandeswari.

She also said that the government is incapable of providing security to the couple.

The deceased girl’s father Ashok Sahoo and mother Saudamini had on November 24 attempted self-immolation outside the Odisha Legislative Assembly demanding justice for their daughter. Alleging police inaction in the case, the couple accused minister Arun Kumar Sahoo of shielding accused Babuli Nayak. They claimed that Nayak is a close aide of the Nayagarh MLA.

The Odisha Government has formed a Special Investigation Team (SIT) led by IPS officer Arun Bothra for investigation of the case.

The National Commission for Protection of Child Rights (NCPCR) has taken suo moto cognizance of the matter.

Pari murder case: Accused tried to have sex with victim…