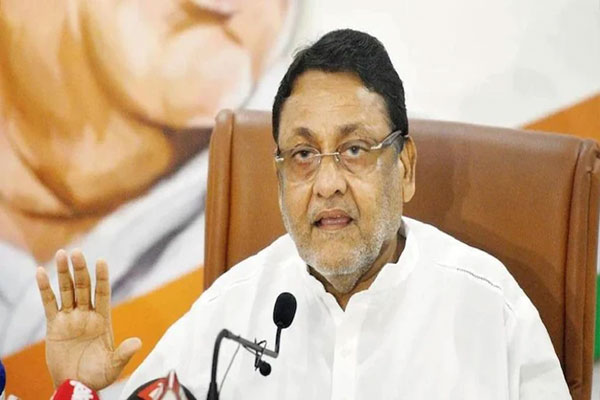 Mumbai: In a stunning turn of events, the Enforcement Directorate (ED) arrested Maharashtra Minister Nawab Malik after he was grilled for nearly 8 hours in an alleged shady land deal case.

Malik was whisked off by the ED to a government hospital for a medical check-up and he is likely to be produced before a designated court later this afternoon.

As he was escorted out of the ED office, a grinning Malik was seen raising a fist, and declaring: “Jhunkenge nahin, ladenge aur jeetenge (will not succumb, will fight and win)” to his supporters.

An ED team had visited Malik’s home around 5 a.m. and taken him away for questioning in the Kurla land deal allegedly having a mafia taint.

The ED had deployed CISF security and Mumbai Police security as a large number of Nationalist Congress Party workers had staged a huge protest outside the agency’s office since morning to protest the action against Malik.

Top NCP leaders slammed the ED for the arrest and accused it of pursuing the Bharatiya Janata Party’s agenda of vendetta and silencing political opponents.