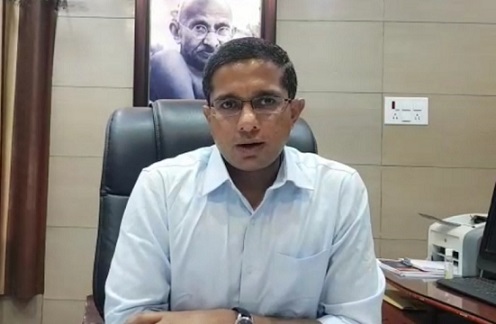 Bhubaneswar: The National Commission for Scheduled Tribes (NCST) has issued an arrest warrant against Keonjhar Collector Ashish Thakare for repeatedly failing to appear before the panel.

The Commission has asked Direct General of Police (DGP), Odisha Sunil Bansal to arrest Thakare and produce him before the Commission’s office in New Delhi.

“Earlier on March 21, NCST had summoned Thakare directing him to appear for the Commission’s hearing here on April 4. But he has failed to appear ( absconds and keeps out of  the way for the purpose of avoiding service of the summons),” said the statutory body in the arrest warrant.

The Commission had been serving summons to the bureaucrat to attend hearing on numerous occasions since June 2021. But the Collector has not responded to any of them.

While issuing the arrest warrant, the Commission asked the DGP to arrest the Collector by 11 am of April 13.