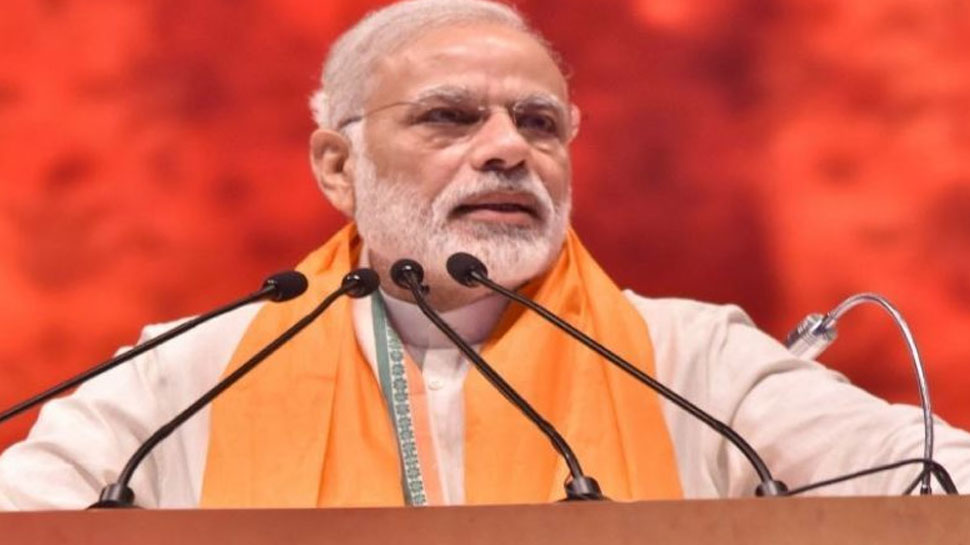 Mumbai: Prime Minister Narendra Modi on Saturday hailed the 100-day performance by his Bharatiya Janata Party-led NDA 2.0 government as “unprecedented and historic” on all fronts.
jal
“We have been working speedily in all sectors, whether it is the Jal Jeevan Mission, respect and help for each and every farmer in the country, setting free our Muslim women from the malaise of Triple Talaq, or laws for strengthening children’s security,” said Modi.

He said the country must fulfill the dreams and aspirations of the past and present and also prepare for the future from now to ensure a better and happy life for our children.

“We must ensure that the future generations do not suffer the same type of problems which we were accustomed to, and the improvement of each individual will result in the country’s progress,” the PM urged.

Earlier, launching major Metro railway-related infrastructure projects worth over Rs 20,000 crore for Mumbai, Modi said that these would help make the lives of Mumbaikars “easy and time-saving”.

“When the country is moving towards becoming a $5-trillion economy, its imperative for our cities also to take simultaneous strides into the 21st century, for which the government will spend Rs 100 lakh-crore over the next five years,” Modi said.

Dwelling on the upcoming Metro Railway networks, the PM said that in the past five years alone, projects worth Rs 150,000 crore have been initiated in Mumbai.

Earlier, the city had only 11 km of the Mumbai Metro (the Versova-Andheri-Ghatkopar corridor), but by 2022-2023, it will shoot up to around 350 km which will create a large number of jobs and ease the sufferings of the Mumbai commuters.

Besides, he said that of the 675 km operational Metros in 27 cities across the country, around 400 km came up only in the past five years of the NDA rule, and another 600 km new lines have already been sanctioned.

Starting his speech with “Ganpati Bappa Morya”, Modi ended by urging the people to resolve to clean up the city’s beaches and Mithi River after the immersion ceremonies of Lord Ganesha on September 12, marking the culmination of the 10-day long Ganeshotsav festival in the state.

Earlier, in his half-day visit to Maharashtra, the PM laid the foundation stone for three Metro lines in the Mumbai Metropolitan Region (MMR), with a total length of 42 kms – Metro 10 (9.2 kms) Gaimukh to Mira Road, Metro 11 (12.7 kms), Wadala to Chhatrapati Shivaji Maharaj Terminus and Metro 12 (20.7 km) long, Kalyan to Taloja.

These lines connecting Mumbai and MMR, will have a ridership of an estimated five million commuters daily when fully operational within five years, said Fadnavis.

The PM also laid the foundation stone for the high-tech 32-storied Metro Bhavan, coming up on a five-acre plot, which will control the 14 upcoming Metro lines over 340 km, inaugurated the Bandongri Metro station in Kandivali East on Metro 7 corridor, and a state-of-the-art metro coach built under Make In India initiative, besides releasing a Brand Vision Document for Mumbai Maha Metro.