Over 1.5 lakh people in Odisha evacuated ahead of cyclone Amphan 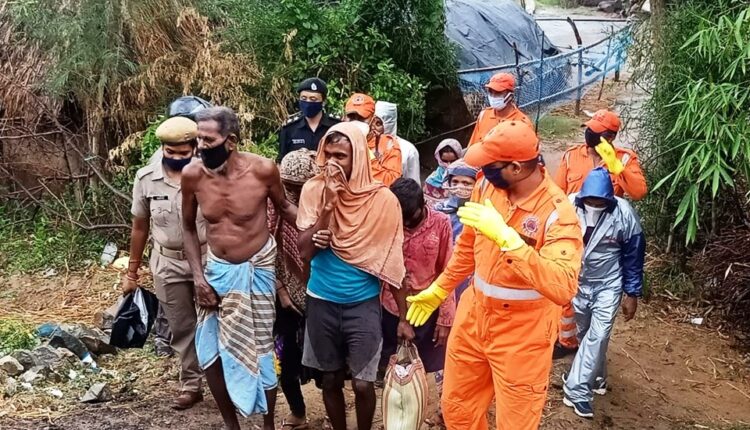 Bhubaneswar:  As many as 1,58,640  people in Odisha have been evacuated and shifted to safer places ahead of the extremely severe cyclonic storm Amphan, informed NDRF DG SN Pradhan.

Reportedly, over 1 lakh people have been evacuated from Balasore and Bhadrak districts alone.

Earlier in the day,  SRC Pradeep Jena at a press briefing had informed that 1,48,486 people have so far been evacuated from low-laying areas and accommodated in 2,921 cyclone shelters.

Besides, 1885 pregnant women have been shifted to hospitals for better care in the last two days. Meanwhile, a woman gave birth to a child in a fire ambulance on way to hospital and condition  of both the woman and her newborn is stable, added Jena.

Informing that the cyclone is likely to make its landfall after 5 pm today, the SRC said Odisha Government has already started restoration work in some parts of the affected districts.

“Route clearing and restoration works have begun in Jagatsinghpur, Kendrapada and Bhadrak districts. Mostly trees and electric poles have uprooted at many places.  Electricity supply was snapped as part of preventive measures. Damage assessment has also begun,” said the SRC.

This apart, total 36 teams of ODRAF and NDRF have been deployed in the affected districts to tackle any eventuality, said Jena adding that detailed reports will be collected from  distract Collectors by this evening.

Regarding death of a one-year-old child in Tihidi  of Bhadrak district, Jena said a medical team, including local Tehsildar visited the spot to verify and later sent the body for post-mortem.