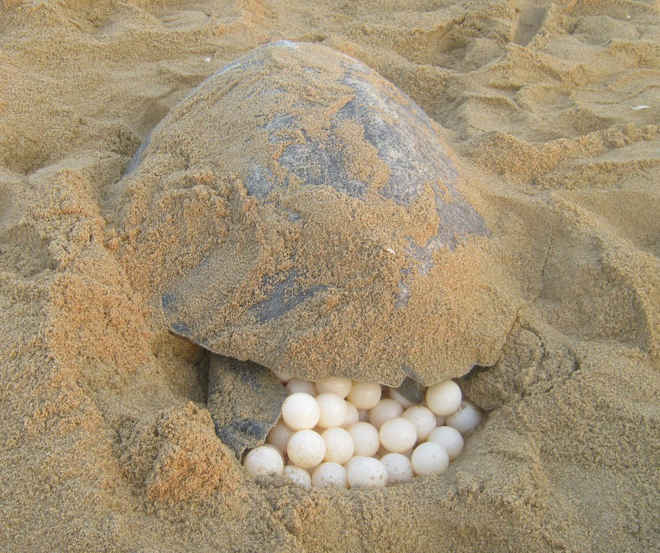 Over a lakh sea turtles have laid eggs in wee hours on Friday. While Odisha recorded over 3 lakh Olive Ridley turtles laying eggs last year, it is expected that the record will be broken this year. Total 1,96,066 sea turtles have arrived at the river mouth so far.

Every year, the mass nesting of Olive Ridley turtles begin from the end of February or beginning of March at Rushikulya River mouth. However, the sea turtles have arrived early this year, just one week before the breeding season.

The forest officials and turtle security personnel have been deployed for protection of the endangered sea turtles at 20-km long coast both side of the river mouth imposing ban on the fishing activities of the trawlers.

Odisha: Police nab 32 gamblers who jump into river to evade…