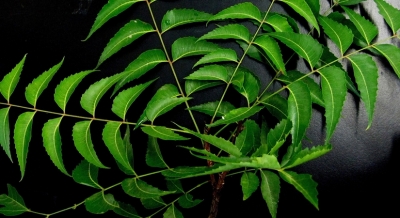 Varanasi:  A research team of Banaras Hindu University (BHU) has found that a Neem plant component can help fight cancer.

The research team has reported the in-vitro and in-vivo therapeutic efficacy of nimbolide (a bioactive component of Neem plant) against T-cell lymphoma, which is a cancer of immune cells. It has strongly advocated the utility of nimbolide as a potential anti-cancer therapeutic drug for the treatment of haematological malignancies.

According to BHU Spokesperson Rajesh Singh, the novel findings of this study have been published in two parts in a reputed international journal ‘Environmental Toxicology’.

The study was done by research student Pradip Kumar Jaiswara along with researchers Vishal Kumar Gupta, Rajan Kumar Tiwari and Shiv Govind Rawat, and was funded by the UGC Start-up Research Grant.

The researchers said Neem (Azadirachta indica) is a traditional medicinal plant, flowers and leaves of which are widely used as a traditional medicine for the treatment of several diseases due to its various pharmacological properties, including anti-parasitic, anti-bacterial, anti-viral, anti-inflammatory, anti-oxidant, anti-feedant and anti-allergic activity in India and Africa.

Recently, nimbolide, a bioactive component isolated from leaves and flowers of the Neem, and has been identified as one of the crucial molecules behind its medicinal values. The anti-tumour efficacy of nimbolide has only been evaluated against a few cancers.

Ukraine spends 10 billion dollar a month on conflict with Russia