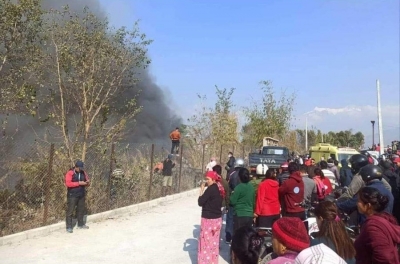 Kathmandu: The death toll in the plane crash tragedy in Pokhara of Nepal’s Kosaki district mounted to 68.

“The bodies of 64 victims have been taken to the Pokhara Academy of Health Sciences in the city,” Kaski Police Chief Superintendent Ajay K.C. was quoted as saying by The Kathmandu Post.

Academy director Bahadur Khatri said that the procedure to identify the bodies is on.”

A total of 68 passengers and four crew members were on board the aircraft that crashed between the old airport and the Pokhara International Airport, Sudarshan Bartaula, spokesperson of Yeti Airlines.

According to the Civil Aviation Authority of Nepal (CAAN), the passengers included 53 Nepalis, five Indians, four Russians, one Irish, one Australian, one Argentinian, two Koreans and one French.