Netflix now has a documentary on Odisha’s iconic Ratha Jatra in its playlist! 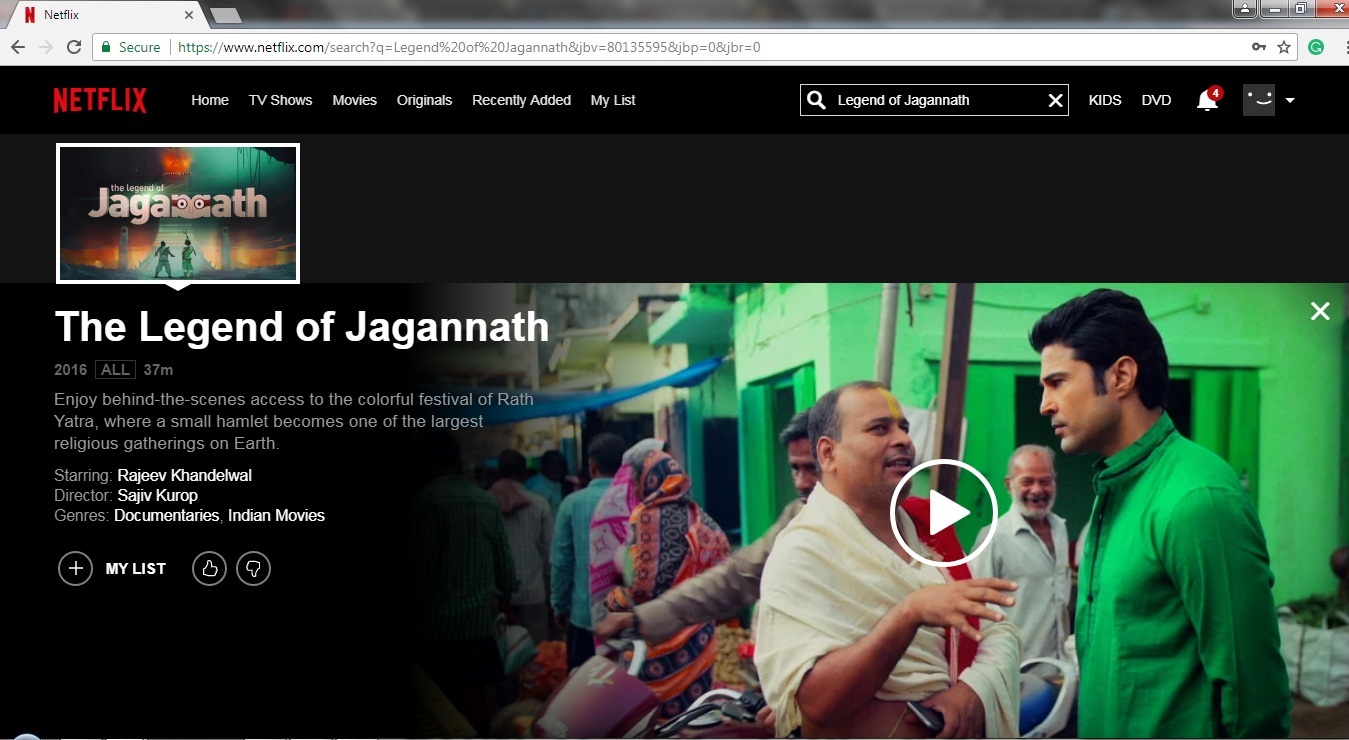 Bhubaneswar: Missed the documentary on Lord Jagannath – The Legend of Jagannath – aired on National Geographic channel a couple of years ago? Here’s an opportunity to relive the magic of the Lords as Creativeland pictures has posted it on Netflix, world’s largest subscription service to view digital content on smart gadgets.

Hosted by actor Rajeev Khandelwal, the documentary showcased the behind-the-scenes of Odisha’s iconic Ratha Jatra, the origin of Lord Jagannath, the ritual of Nabakalebara, Snana Purnima and an endless trivia on the Jagannath temple of Puri. It also included conversations with the king of Puri Gajapati Maharaja Dibyasingha Deb, renowned Indian mythologist from Odisha Devdutt Pattanaik, the chief carpenter of the chariots used during Ratha Jatra and the head cook of the grand kitchen of the temple that prepares the holy Mahaprasad.

The documentary narrates the stories of the carpenters of the gigantic chariots, who instead of using measuring tapes for construction, have relied on the centuries-old tradition of using hand spans for generations, the one-time usage of earthen pots to cook Mahaprasad, the legend of Neela Madhaba, the dimensions of the temple and the chariots, the tradition of replacing old idols of the presiding deities with new ones — an exercise that is carried out in either eight, twelve or nineteen years and is famously called Nabakalebara, in addition to the world famous car festival.

Odias living abroad are thrilled at the accessibility of this show on Netflix. Swaroop Mishra, a techie from Bhubaneswar, now based in New York said, “I remember watching it on television some time ago and was impressed at the way the makers have captured the essence of our culture. My American friends are curious when it comes to Odisha and the Jagannath culture and this is an opportunity for me to show them what it is all about. Moreover, Odias can now proudly flaunt that we have a documentary on Ratha Jatra available on Netflix, alongside the other popular international television shows and movies!”

Don’t miss: Odia rap video ‘Bou’ is out and we are silently grateful to all moms!

Odisha extends love for Padman and its cause

Building sealed in Puri for allowing devotees on rooftop to…