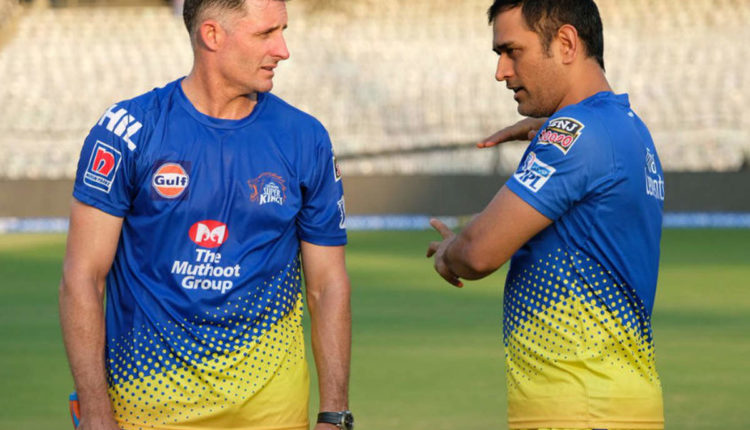 New Delhi: Former Australia and Chennai Super Kings batsman Michael Hussey said that M.S. Dhoni and Murali Vijay are the two batsmen that he likes batting with towards the end of an innings and at the beginning respectively among those he played with at CSK.

Hussey would have been in the CSK camp as their batting coach had it not been for the postponement of the 2020 Indian Premier League (IPL) due to the coronavirus pandemic. He did a live video interaction on the Chennai Super Kings’ Instagram page on Thursday.

Hussey said the pair were his favourite because they do well to level out his own “panicky” nature in the middle. “Love batting with Vijay at the top of the innings. I am a bit panicky in the middle where Vijay likes to stride around and be relaxed. I would tell him come on Vijay concentrate, but he would go about it at his own pace,” said Hussey.

“MS is always very calculative. I would want to finish the match as early as possible but MS would say no because there is this bowler who is coming up to bowl or someone else that we need to see out,” he said.

Hussey said that he has never met anyone like Dhoni. “Don’t think I’ve met anyone like MS in that respect. Yes he has got a calculating brain but he has also got that unbelievable power. He knows when he wants to hit a six he can, which is something I didn’t have,” he said.