New Farm Laws will create situations like the United States! 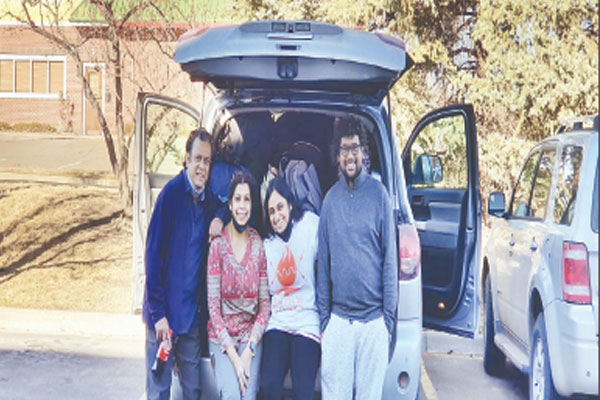 Bhubaneswar: Over a hundred days have passed since farmers from every corner of India came together protesting against the new Farm Laws introduced by the Government. With stern belief among the protesters that the new laws would only cause serious damages to the Indian farms and their farmers, the protest still continues.

Apparently, the current situations in India are suggested to have resonance with the agricultural crisis that the United States of America suffered in the 1980s. As this happens, a team of four friends, including one Sristy Agarwal from Sambalpur, have made a documentary about the aftermath of the U.S. Agricultural Act of the 1990s.

The documentary portrays the tragic picture of agriculture and farmers in rural areas after the enactment of the Agricultural Law in the United States under President Ronald Reagan’s rule.  It narrates how the then agricultural act broke the back-bone of American farming and the farmers along with it and there is a possible scenario that the Indian Agricultural Act 2020 might undermine the status quo of India as it did to a powerful nation like the United States of America, 20 years ago.

For filming the documentary, Los Angeles-based IITian, former NASA scientist and a national award-winning filmmaker Bedabrata Pain, Ph.D. Scholars Sristy Agrawal and Rajashik Tarafder, and political activist and theatrical artist Rumila Gangopadhyay made a 14-day travel from Log Angeles into various parts of rural America and discussed the plight of the farmers there.

Sristy, the Ph.D. scholar with roots from Sambalpur, narrated how they met various affected farmers in the US during their trip and were astounded to see their farmlands. She also said that the farmers in those areas failed to eke out a reasonable income which ultimately resulted in a plunge in the income of small farmers toiling in the rural parts of the country.

In February 2020, the median U.S. agricultural income was a negative 1400 USD. A native farmer Brent Brewer had stated that in the last 20 years, wheat production had tripled but its selling price was in pennies, nearly as much as it was during the 1865 Civil War.

The retail price of produced goods that had fallen up to 50 percent in 1960 now stands at 15 percent. Moreover, after the 1981 recession, the US debt had reached 425 billion dollars. That’s an all-time record. Thereafter, debts and insolvency rates kept shooting up and farmers were forced to resort to extreme measures like suicide.

That led to a four-five times increase in the nation’s farmer suicide rate.  A bank official also committed suicide after being forced to collect loans from bankrupt farmers. As the agricultural sector went through a state of disarray, the rural population gradually became desolate. Seed suppliers, grain producers and even rural hospitals were destroyed.

Currently, about 1,000 schools in rural areas of the United States are being closed every year. Large corporate entities have dominance over the agricultural sector in the United States. Farmers are still struggling with their miseries and straight out blame former president Reagan for it.

President Reagan, who assumed office in 1981, was the first to legislate on agriculture. As a result, the Government lost control over the agricultural sector. That led to instability in the agri economy. Suddenly the minimum support price of the manufactured goods collapsed. With the price of landfalling unreasonably, the global recession began. Millions of small farms were closed. The displacement of millions of farmers left the countryside deserted. Large corporations took complete control of the market.

The team also met a herdsman Jim Goodman who said he had 45 cows. After struggling for 40 years, he sold all his cows and closed his dairy farm. Now, another dairy farm owner now works 12 hours a day in a factory to save his farm. Some farmers said they were working hard to protect their farms. Even if they defaulted on a portion of the loan, the company that had contracts with them, confiscated their tractors from the middle of the farming season. Similarly, a livestock farmer named Mike Callicrate said that as a result of the entry of large companies, 75 percent of the farming families who raise chickens are now below the poverty line. Eight large firms control two-thirds of the seed market, including grocery stores and 80 percent of the chemical fertilizer grain business.

John E. Ikard, a professor at the University of Missouri said that nothing is possible without the Government’s incentives.

Joe Maxwell said the United States has forced rural people to leave their homes and reduce their incomes due to laws like MSP and contract farming.

Man lands in jail for performing UP CM’s ‘pind daan’