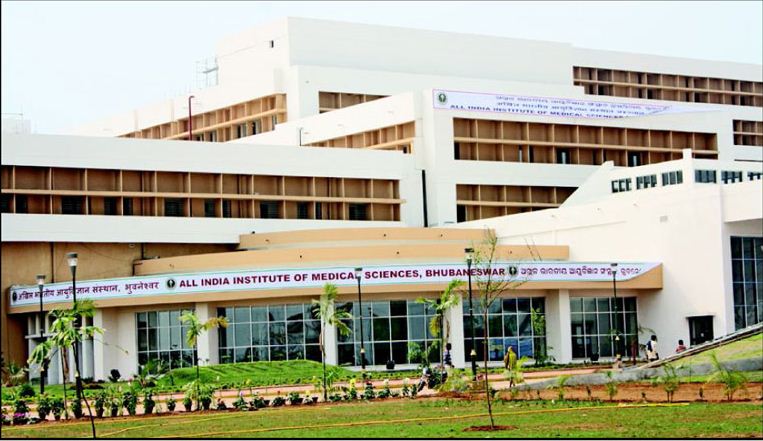 Bhubaneswar: A new fungus causing mucormycosis has been discovered in All India Institute of Medical Science (AIIMS) Bhubaneswar.

Mucormycosis is an angioinvasive disease often associated with high morbidity and mortality. Infections due to cunninghamella species are relatively rare in India in comparison to other countries. Patients with hematological malignancy and hematopoietic stem cell transplant have an increased risk of acquiring mucormycosis due to cunninghamella species which predominantly presents as pulmonary and disseminated infections.

According to a report published in Journal of Fungi, the infection was found in a 26-year-old male with erythema, induration, and superficial ulceration with crusting on the left dorsum of the nose and swelling in the left mid-half of the face.

“On inquiry, he informed that he had a history of cheek swelling with ulceration of the overlying skin for the last 6 years, for which he consulted a surgeon elsewhere. Histopathological examination report of the biopsied lesion and radiological imaging had confirmed the diagnosis of invasive mucormycosis with involvement of the facial skin, subcutaneous tissue, and the maxillary sinuses.

“He had undergone debridement of the skin lesions and the maxillary sinus cavity and had received 3 g of liposomal amphotericin B. However, the next 2 years, he suffered from recurrences and underwent repeated surgeries and intermittent antifungal therapy with liposomal amphotericin B, posaconazole alone, and a combination of posaconazole and caspofungin. Serial imaging revealed progressive disease. Failing to get any relief from the disease, he reported to AIIMS, Bhubaneswar.

“On presentation, his left ala was destroyed, exposing the nasal septum. His laboratory investigations revealed normal hemogram, blood sugar levels, liver, and renal function parameters. Urine ketone bodies were not detected. Serological examination for HIV was non-reactive, and the lymphocyte CD4 counts were in the normal range. His immunoglobulin and complement levels were also within normal limits. The lesions were biopsied again, and he was started on a combination of super saturated potassium iodide solution (SSKI) and oral itraconazole, considering a probability of atypical entomophthoramycosis. A potassium hydroxide mount of the biopsy showed broad aseptate hyphae , and culture grew a white cottony mold at 28 °C after 5 days of incubation.

“Later, a fresh biopsy confirmed a disease recurrence, and the patient was treated with a combination of oral posaconazole and terbinafine for 6 months. The lesions regressed, and he was advised to continue oral terbinafine indefinitely. However, the patient could not procure terbinafine during COVID-19 pandemic lockdown for around seven months and reported two months later to the emergency with disorientation, severe weakness due to reduced oral intake secondary to palatal fistula, and nasal regurgitation.

The facial swelling further increased and was associated with crusting. A repeat biopsy culture performed confirmed recurrence. Magnetic resonance imaging revealed disease extension to anterior cranial fossa with skull base erosion. The patient was initiated on liposomal amphotericin B. A total of 4g of liposomal amphotericin B was administered during four weeks. The patient improved gradually, and the lesion subsided. The patient was discharged on oral posaconazole 300 mg/day. However, the patient did not take the posaconazole due to financial constraints and succumbed to the illness 1 month after discharge.”

We report isolation of Cunninghamella arunalokei sp. nov. from a 26-year-old immunocompetent Indian patient with recurrent chronic invasive mucormycosis. The isolate was clinically significant as evidenced by histopathology, and isolation from biopsy sample. Our findings are unique as Cunninghamella rarely causes mucormycosis in immunocompetent individuals and phylogenetic analysis confirmed that it is a new species. It was named Cunninghamella arunalokei in the honor of Prof Arunaloke Chakrabarti. a leading clinical mycologist from India, reads the conclusion of the study.

Hydrotherapy: One of the oldest underwater massage techniques