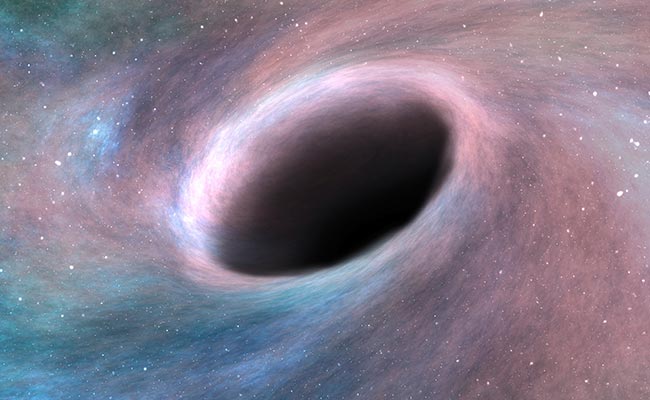 An international team of astronomers has observed that enormous quantities of space dust in galaxies could play an important role in hiding the black holes they harbour at their centres.

Stephanie Juneau, one of the researchers in the NOAO team, said that their study of galaxy NGC 7582, which is some 74 million light years from the Earth, showed that it hides an active black hole that is very obscure.

A powerful wind from the black hole creates a ring of gas and dust around the galaxy centre that contributes to obscuring it. The ring is some 2,000 light years in diametre, far larger than scientists had thought.

The French researcher is attending the five-day AAS convention in Austin, Texas, that will end on Thursday. Some 600 scientists are discussing their latest astronomical discoveries at the AAS meet.

Juneau held a press conference with several other researchers, including Richard O’Shaugnessy, with the Rochester Institute of Technology, and Chris Shrader, with NASA’s Goddard Space Flight Centre.

The research headed by Juneau provides a new perspective on the interaction between black holes and their host galaxies.

Until now, scientists had thought that hidden, but active, black holes could only produce a compact dust and gas ring quite close — just a few light years — to their location in the galaxy centre.

Supermassive black holes are literally invisible to us, because they emit no light, but with material falling into them they heat up and produce radiation that could be observed, Juneau said.

The process, which occurs in an “active” black hole, makes the material detectable in a way that can be seen billions of light years away, but only if the conditions are just right.

Juneau said that the analysis of cosmic rays, which enables scientists to measure how black holes “feed,” shows the existence of a huge ring of matter – gas and dust – that obscures the black hole in NGC 7582.

Obscured active black holes have also been found in galaxies that have merged and that are “very perturbed” as a result, Juneau said.

The NOAO team was now studying other active obscured galactic nuclei to learn about the nature of the material there and determine if the results found to date are common or rare. (IANS)