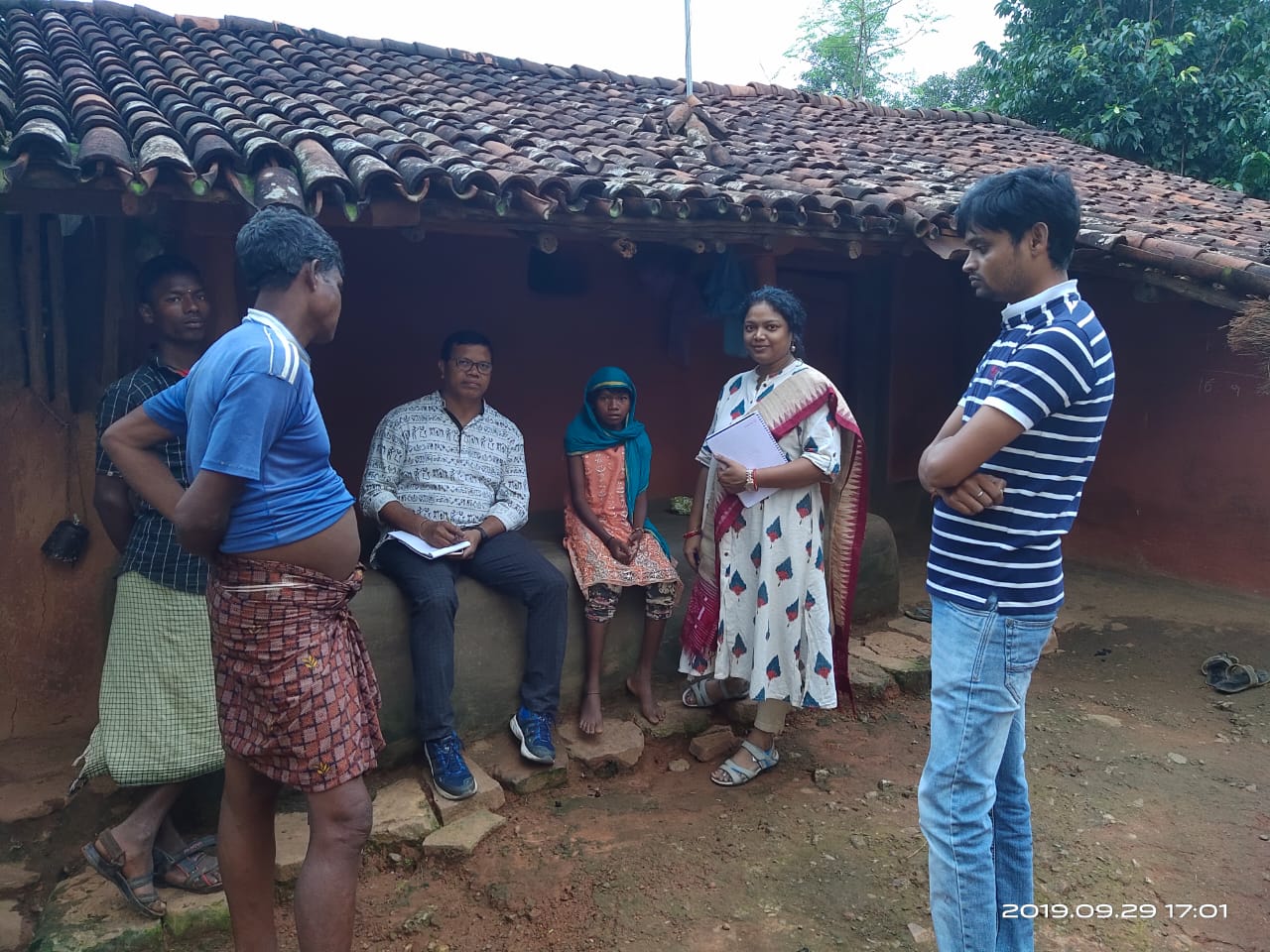 Keonjhar: Soon after the plight of 11-year-old orphan girl Seema Munda of Salarapentha village in Keonjhar district was reported on a private new channel highlighting her difficulty in getting subsidized rice under Centre’s NFSA, the Odisha Government swung into action to help her out.

After seeing the media reports on the girl, who had not received PDS rice for the last two months as she does not have Aadhaar card to link with her ration card, Women and Child Development Minister Tukuni Sahu took to Twitter and asked the the district administration to take necessary steps for her rehabilitation.

Later, Food Supplies Minister Ranendra Pratap Swain today visited Keonjhar and met the girl in her house. The Minister instructed officials concerned to provide her the quota of PDS rice of last two months. He also directed officials  to make her Aadhaar card and seed it with ration card.

“We have provided her with the PDS rice. Besides, she will also be extended help for her education,” said Minister Swain.

Besides, Keonjhar Sub-Collector, District Child Welfare Officer (CWO) and Additional District Welfare Officer (ADWO) visited the village and enrolled the minor in the nearby Kusumita Ashram School. The also assured the girl of all kind of help for her higher studies in future.

Worth mentioning, Seema had been staying with her grandfather after her mother left her and father died when she was a child. Two years back, Seema’s grandfather died due to age-related ailments. Earlier, she used to get 5 kg rice under the NFSA till August this year. However, after the Centre made it mandatory for linking of Aadhaar with ration card, Seema had been facing difficulties to get the subsidized rice.