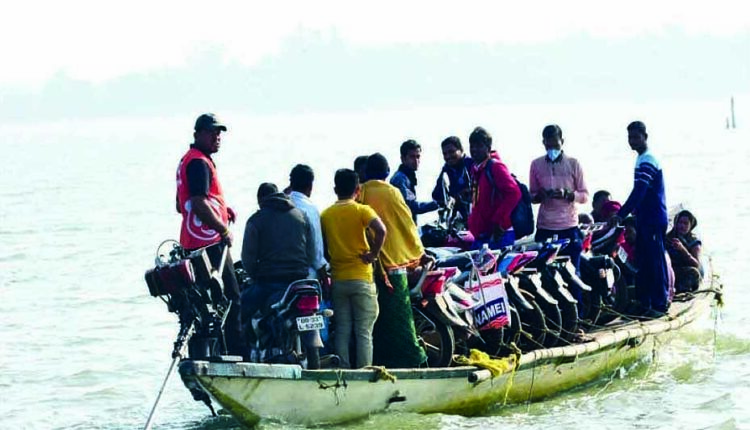 Puri/Brahmagiri: Large numbers of visitors are expected to throng different tourist destinations in Puri including Chilika Lake for picnicking during the New Year. However, as many as 784 unregistered boats operational in the district could prove to be dangerous at any point of time.

“People from and outside Puri district come here to enjoy the enthralling beauty of Chilika Lake and rare species of dolphin as well. A large number of footfalls are usually witnessed every day in Satapada and its nearby locations. With online booking app becoming defunct and district administration in limbo, the boats operational sans valid registration could invite mishap,” a local intelligentsia expressed.

An official source said that Satapada attracts the maximum tourist footfall even as the Lake spreads over Puri, Ganjam and Khurda districts. The Chilika Lake has at least eight ferry ghats in Puri, from where 1,143 motorised boats take the tourists for a ride. Out of the total number, only 359 boats have been duly registered. About 114 boats operate from Satapada and 106 are registered. Similarly, 181 registered boats operate from Gabakunda, 34 boats from Sipakuda, 20 from Raipur, 12 from Gangadharpur and six from Mirzapur ghats. However, 140 boats operate from Alupatana and 80 boats from Gopinathpur, of which not a single one has a valid registration certificate, the source further said.

Boat capsize incidents are often reported from Chilika Lake. Moreover, the exorbitant prices per trip range between Rs 5 thousand to Rs 6 thousand, whereas the actual price is only Rs 1,800.

When contacted, Chilika Motorboat Federation president Sadashiv Jena said, “A registered boat has provisions for life insurance coverage along with other compensations meant for tourists. The matter was previously brought to the knowledge Puri district administration for several times, but to no avail. Operating unregistered boats in Chilika Lake for tourists is life-threatening.”

Giving his reaction, Puri fisheries officer (Marine) Sudhansu Mallick said, “We are registering only those boats that are supposed to operate in Chilika Lake. However, local tehsildar is the competent authority to issue registration certificates for boats that are meant to operate in other areas.”

“I have no info about so many unregistered boats operating in the lake,” Mallick added.