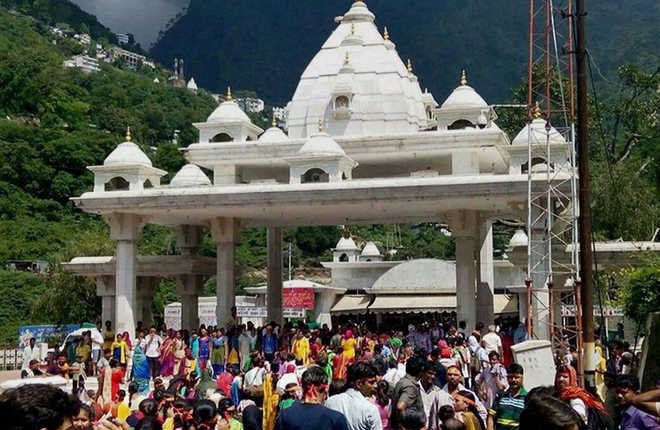 Srinagar: New Year turned out to be a tragic day as several pilgrims died and many others were injured during a stampede at Maa Vaishno Devi shrine in Katra, Jammu, police officials said on Saturday.

Top officials have confirmed that 12 pilgrims have died and 14 others were injured during the stampede. The incident took place at the Bhavan where there was a massive rush of pilgrims on the occasion of New year.

Officials of the shrine said the stampede occurred when a large number of devotees entered the Mata Vaishno Devi Bhawan without permission slips.

“Large number of devotees had come to pay obeisance at the shrine to mark the new year. The stampede occurred around 2.45 a.m. today. It took place outside the sanctum sanctorum of the shrine. Senior officials of the government and the shrine board are on the spot,” informed an official source in the morning.

The yatra has been stopped for now while the injured have been moved to the hospital.

Prime Minister Narendra Modi is monitoring the situation following a stampede at the Mata Vaishno Devi in Katra, Jammu, and has conveyed his sympathies to the bereaved families, tweeted Jitendra Singh, Minister of State, Prime Minister’s Office.

The PMO said that the amount would be given to the families of those who lost their lives due to the stampede. The injured would be given Rs 50,000, the PM’s Office added.

Vaishno Devi yatra draws thousands of pilgrims daily to Katra. The rush of pilgrims is particularly high during the Navratras.

Happy New Year 2022 Wishes, Messages to Greet on 1st Day of the Year