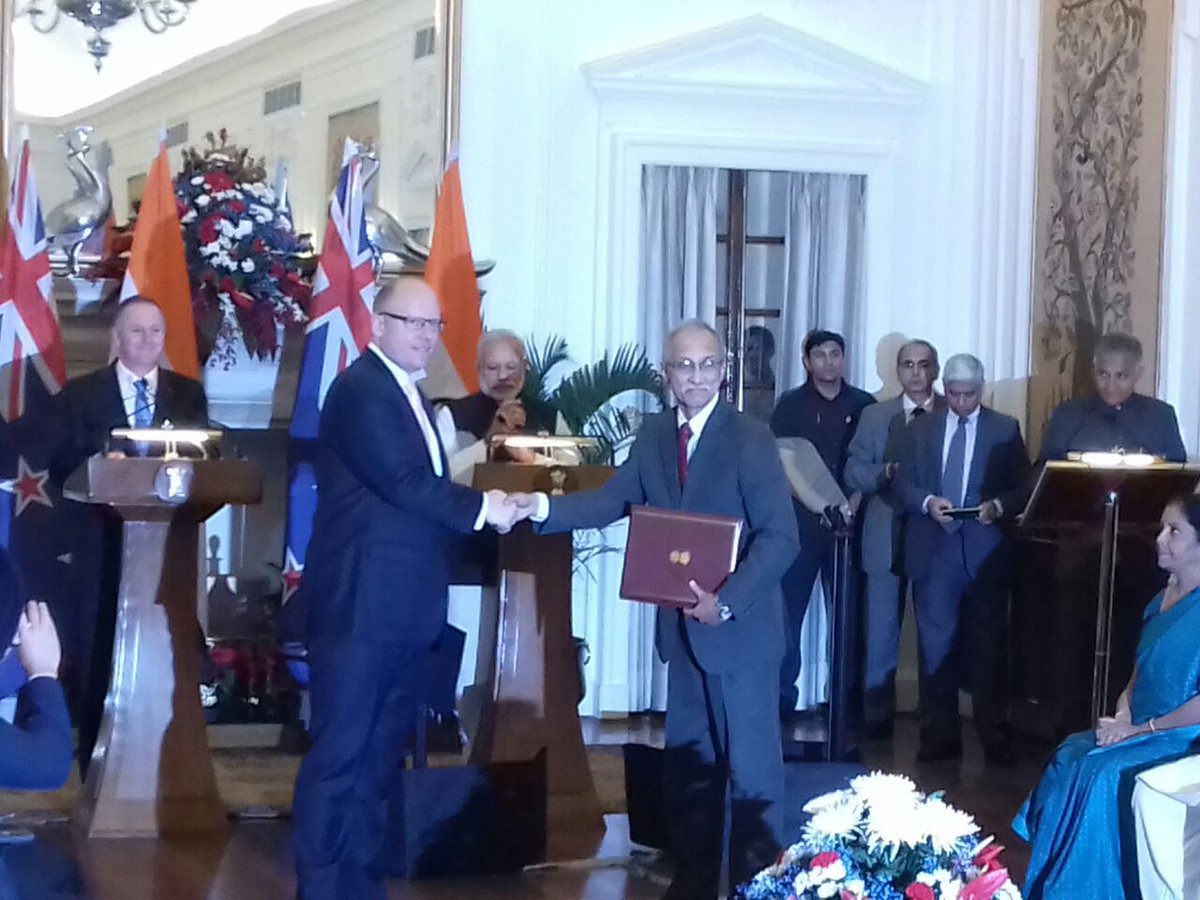 Acknowledging the importance of India joining the Nuclear Suppliers’ Group (NSG), New Zealand on Wednesday affirmed its constructive contribution towards New Delhi’s quest for the membership of the elite club.

“I and Prime Minister Modi had a conversation about India’s application to become a member of the Nuclear Suppliers’ Group (NSG). I acknowledged the importance of India joining the NSG.

“I also stated that New Zealand will continue to contribute constructively to the process currently underway in the NSG to consider India’s membership. New Zealand is committed to working with the NSG members to reach a decision and as soon as possible,” said Key.

The visiting Prime Minister further said: “I reiterated to Prime Minister Modi about New Zealand’s consistence support for India to become a member of the reformed UN Security Council, including if this means expansion of the UNSC,” said Key, adding that both leaders underlined their strong interest in advancing nuclear disarmament and nuclear nonproliferation.

Speaking on mutually beneficial ties with India, Key said both countries agreed on working closely in areas such as “food safety, cyber security, education and customs”.

“We also agreed for close coordination on a range of issues, including international terrorism,” said Key.

Observing that there is potential for the bilateral trade to grow, Key said both leaders are committed towards creating business environment in the respective countries conducive to creating jobs and prosperity for the people.

Cyclone Kyant to have minimal effect on Odisha: SRC