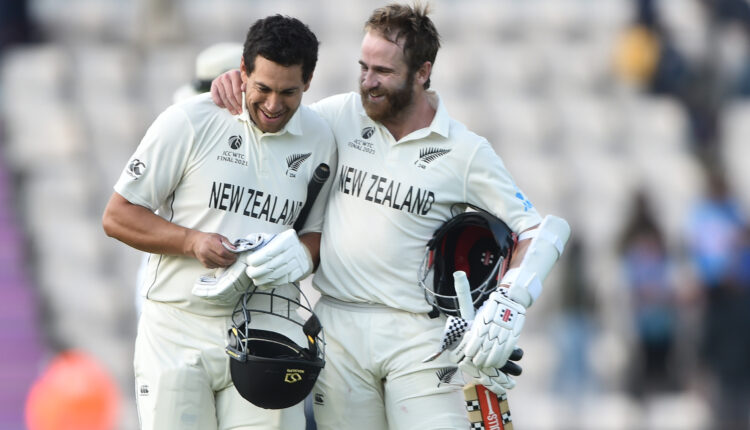 Southampton: New Zealand coasted to an unlikely eight-wicket win on the sixth — and reserve — day of the World Test Championship final against India at the Hampshire Bowl on Wednesday.

The match, in which two days were lost to rain, saw a strong performance from Kiwis on the reserve day as their bowlers ran through the Indian batting line-up and dismissed them for just 170 runs. And then they scaled the 139-run target through a 96-run third-wicket partnership between Kane Williamson (52 not out) and Ross Taylor (47 not out).

India got a sniff of victory when off-spinner R Ashwin removed the two openers early and bowled a tight line to Taylor. However, Taylor smashed Ashwin for two boundaries in one over to break the shackles and then coasted along.

Post lunch, India kept losing wickets as the tail failed to wag once again. Rishabh Pant, who was the innings top scorer with 41 runs, was the last hope for India but he fell to a rash shot as the seventh wicket with the score on 156.

Indian seamers, in response, failed to make an impact on a pitch where New Zealand bowlers looked unplayable. Barring a brief spell during which Ashwin unsettled the Kiwis by removing Devon Conway (19) and Tom Latham (9), the entire bowling unit looked innocuous.

This is New Zealand’s sixth successive win over India in ICC tournaments, dating back to World T20 in 2007.

Snana Jatra: Much more than a Ritual Bath of Lord Jagannath and his siblings