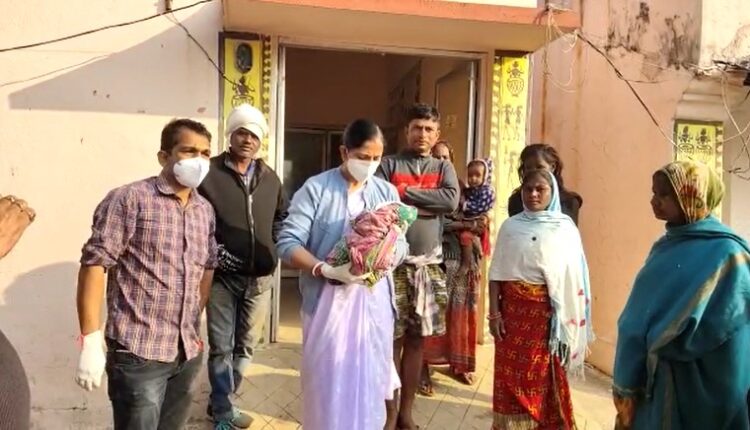 Morada: A newborn boy reportedly dumped in a forest a few hours after birth was rescued by the locals in Morada area in Mayurbhanj district of Odisha today.

A woman resident, who had gone outside house early in the morning at around 4.00 am, found the abandoned baby in bushes after hearing his cries. She brought the baby to her house and following primary treatment, she informed an Anganwadi worker.

On receiving information, the local woman healthcare personnel visited the woman’s house and took the abandoned newborn to a nearby hospital in Morada.

“The baby is in normal condition. He weighed at 2.240 kg. He has been administered a Vitamin-K injection. The hospital has referred the baby to the Pandit Raghunath Murmu Medical College & Hospital, Baripada, for keeping him at a Special Newborn Care Unit (SNCU) as the newborn boy is considered to be an underweight,” said Puspanjali Pradhan, staff nurse at Morada hospital.