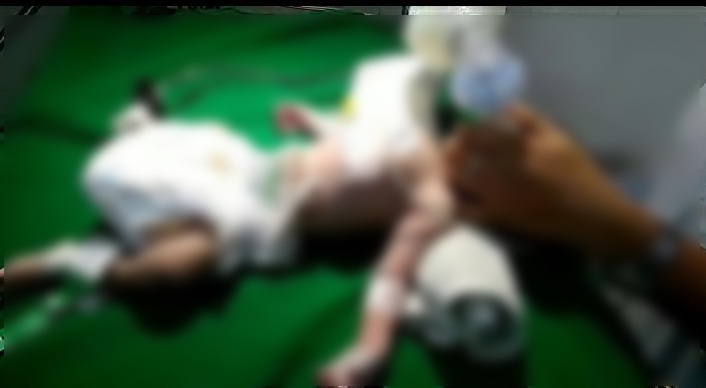 Jajpur: Incidents of newborn girls being abandoned continues unabated in Odisha with a baby being rescued from a garbage bin near a hospital in Jajpur district today. The incident has been reported from Madhuban under Rasulpur block.

As per the reports, a newborn girl was found abandoned in a dustbin kept near the Madhuban Community Health Centre (CHC) this morning. A sweeper, who had come to collect the wastage from the bin, was shocked to find the baby inside bin. He immediately informed authorities of the nearby hospital.

A team of doctors rushed to the spot and rescued the baby in critical condition. After primary treatment, the doctors shifted her to Jajpur District Headquarter Hospital (DHH) as her condition did not improved. On receiving information, the district Child Protection Officer reached the hospital and inquired about condition of the newborn.

India all set to declare itself open defecation free