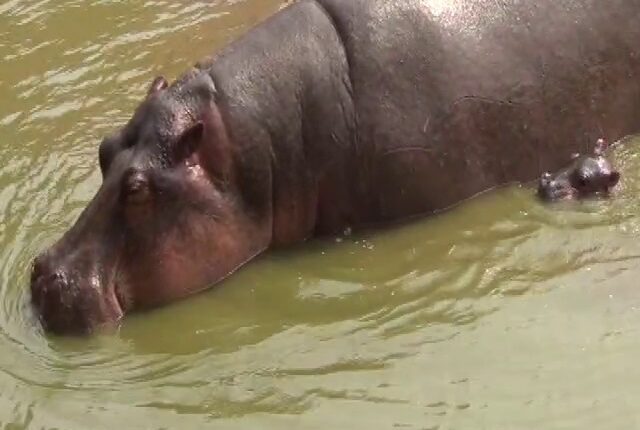 Bhubaneswar: A newborn hippo died at the Nandankanan Zoological Park (NZP) situated on outskirts of Bhubaneswar.

The cause of death of the baby hippo will be ascertained after post-mortem, informed the zoo authorities.

The baby hippo was born on September 27 at the wildlife habitat. It died within a week.

With death of the animal, the population of hippopotamus, called hippo, dropped to 11, of which five are male and six females at Nandankanan Zoo.