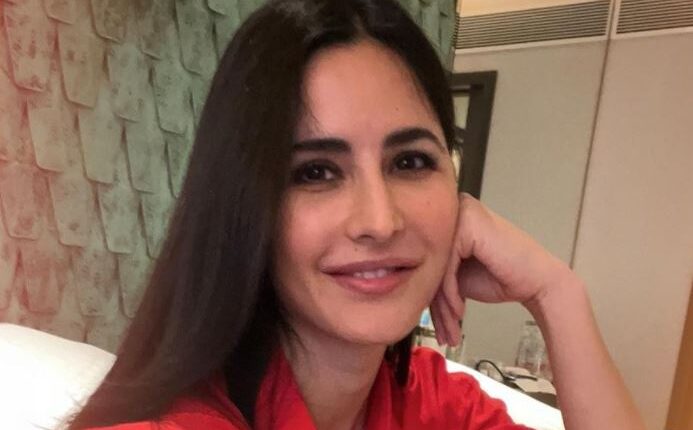 Mumbai: Bollywood actress Katrina Kaif, who joined her husband Vicky Kaushal in Indore, recently shared pictures from a hotel room where she can be seen enjoying.

Katrina flew down to Indore from Mumbai, to celebrate Lohri with her husband. Vicky is currently shooting for director Laxman Utekar’s next film with Sara Ali Khan.

The actress shared a series of pictures on her Instagram as she wrote in the caption, “Indoors in ????? #sundayselfie”

In the pictures, Katrina can be seen wearing an oversized red shirt and smiling for the camera as she enjoys her time off in the safe confines of her hotel room.

On the work front, the actress will be shooting for ‘Merry Christmas’. In addition, she will soon start working on the next schedule of ‘Tiger 3’ opposite Salman Khan.

Meanwhile, Sara too took a day off from shooting as she along with her mom Amrita Singh sought a little divine intervention over the weekend. The two, all masked up, visited Ujjain’s famous Mahakaleshwar temple and sought blessings from God.

Rohit Sharma ‘shocked’ by Virat Kohli’s decision to step down as Test captain; here’s what he said