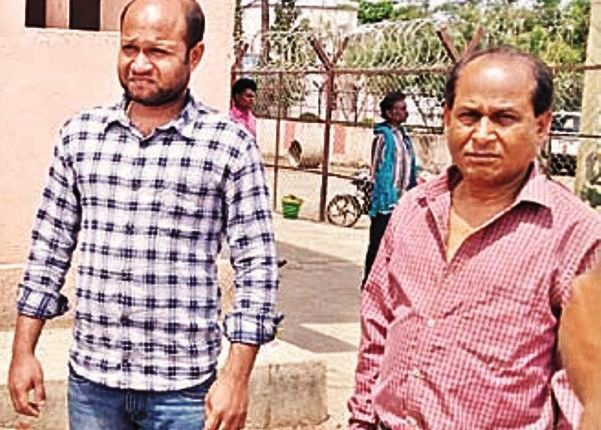 Nabarangpur: In a bizarre incident, a newly-married woman allegedly tortured by her in-laws on suspicion of coronavirus infection at Uv-6 village under Umerkote police limits in Nabarangpur district.

However, police yesterday arrested husband and father-in-law and produced before court after the woman lodged a at Umerkote police station on Friday night.

Sources said Puja, daughter of Haridhar Sarkar of Uv-6 village in the district had married one Jayanta, son of Yuvraj Bhakil of Umerkote area on March 2. Haridhar had given RS 2.5 lakh, a bike worth Rs 1.40 and several assets as dowry during marriage. However, Pooja’s in-laws started torturing her demanding more cash and gold after two days of marriage.

What was more shocking is that, when Pooja complained of cold, her laws allegedly started torturing her more. They asked her to sleep on floor and not to use toilet saying that other members of the family might also get infected with coronavirus.  Intolerant by the harrassament, Pooja went back to her parents’ house and narred her plight. A village meeting was held to sort out the dispute, but in vain.  Later, the villagers detained the husband and father-in-law till Pooja lodged a police complaint in this regard on Friday night.

The Umerkote police reached the village and arrested both of them under Sections 498, 323,506 and 34 of the IPC and Section-4 of Dowry Prohibition Act.

However, victim’s husband Jayanta has refuted the allegations.

Three of family consume poison in Odisha’s Sambalpur; one dead